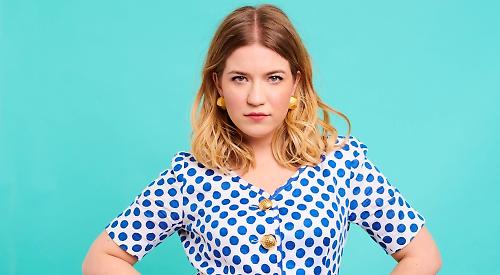 FOR those who can’t wait for this year’s Henley Festival to see comedian Olga Koch, she will be taking to the stage in Reading next Friday (February 27), writes Peter Anderson.

The Edinburgh comedy award nominee will be at the South Street Arts Theatre at 8pm as part of her UK tour If/Then.

Koch’s show is a love story told through the medium of computer programming, which she studied at university.

“I love watching teenagers on TikTok,” she says. “They inspire me to be my most ridiculous self.

“A lot of who I am today has been shaped by the field I studied — computer science — and my first relationship, which the show is about. I was also desperate to share an anecdote about Michael Bublé.”

Koch, who was born in Russia and educated in America, is looking forward to bringing a new show to the Salon Comedy Club at the Henley Festival on July 8 as it’s one of two places she has wanted to perform. The other is the moon.