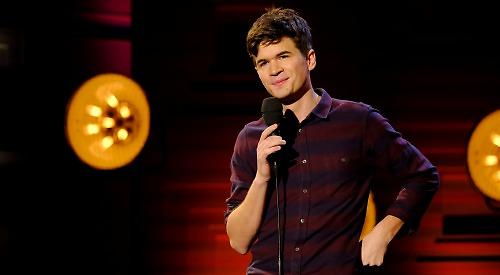 A COMEDIAN who was nominated for best show on the Edinburgh Fringe is playing Goring village hall this autumn.

Having spent five years being groomed for more serious careers at Eton College, the 18-year-old Ivo first decided to give stand-up a go back in 2009.

Eight months later he became the youngest ever winner of the So You Think You’re Funny award for new acts — again at Edinburgh — but opted to go to university rather than embarking on a comedy career straight away.

Since graduating from Oxford in 2012 he has been a regular fixture in the clubs, theatres, podcasts and panel shows of the UK circuit.

His TV credits include appearances on Have I Got News For You, Live at the Apollo, Mock the Week and Live from the BBC.

With a gauche charm and a crafty, self-aware wit that has proved a hit with audiences of all ages, he is bringing his touring show The Game of Life to Goring on Friday, October 29.

The show had originally been due to hit the road last year and then this spring but was derailed by the covid pandemic.

Ivo said: “So where are we at now? The same place as lots of other comics, presumably. The old bits that still make sense from the last show, the new bits that don’t totally give the game away for the next one, and the obligatory mentions of how stressful it’s all been and how you do need to put a mask on if you’re getting up to go to the toilet.”

Tickets for the Goring show will be on sale soon from www.gapcomedy.co.uk or www.ivograham.com

• A new monthly comedy night is starting up at the Maltsters Arms pub in Rotherfield Greys next Sunday (August 1).

The Purple Curtain Stand Up Comedy Cabaret will feature local and national talent and will run on the first Sunday of each month from 7pm to 10pm.

Comics announced for the first show include Basil Jamm, Sharlin Jahan, Preet Singh, Michael Frankland and Bella Hull, with the headline act still to be confirmed.

For more information and to book, visit www.
themaltstersarms.co.uk