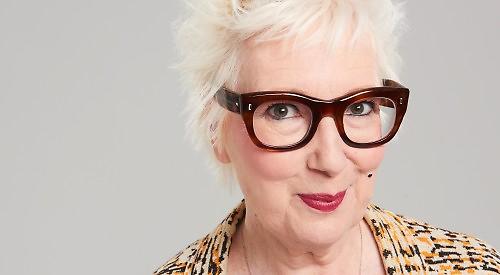 SHE may be one of TV’s “grumpy old women” but she’s still a year younger than Madonna, she’ll have you know.

Having recently turned 60, comedian Jenny Eclair is confronting a new decade of decrepitude with a work in progress show at Norden Farm Centre for the Arts in Maidenhead tomorrow night (Saturday).

Billing herself as “the face of Vagisan”, Jenny wants to know whether she should celebrate or crawl into a hole now it takes 20 minutes of scrolling down to find her date of birth when she’s filling in forms online.

This Sixties babe would like to know what her sixties will hold — and whether it is a legal requirement to buy Nordic walking poles.

Jenny started performing in 1983 and 12 years later became the first woman to win the Perrier Award at the 1995 Edinburgh Festival.

Since then she has written five critically acclaimed novels and is also known for her wryly titled podcast, Older and Wider.

As well as BBC 2’s Grumpy Old Women, the format of which she helped develop, Jenny’s TV credits include ITV’s Loose Women and I’m a Celebrity ... Get Me Out of Here!

Having grown up in Lytham St Annes in Lancashire, she was still in her teens when she adopted Eclair as an alternative to her real surname of Hargreaves.

Inspiration struck when she was at a disco in Blackpool and wanted to pretend to be French.

Tickets for the show, which starts at 7.30pm, cost £12. For more information and to book, visit www.nordenfarm.org