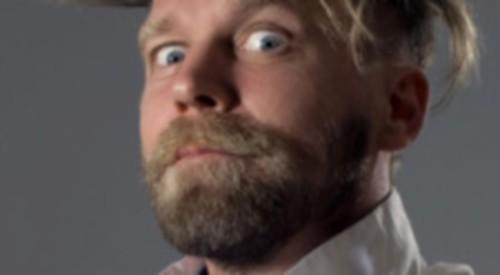 SIX stand-up comedians will be taking to the stage at the Maltsters Arms in Rotherfield Greys on Sunday night.

Headliner Tony Law is a Canadian-born comic whose TV credits include
8 Out of 10 Cats, Russell Howard’s Good News and Never Mind the Buzzcocks.

He is known for his highly surreal material and delivery, emphasised by his eclectic style of dress — Doc Martens, turned-up jeans and a hairstyle that has been described as “distressed Viking explorer”.

Many of his stand-up routines are ad-libbed and built around subjects he has thought of but not planned a routine about.

Having moved to the UK partly because of his love of Monty Python, Law still regards the group’s 1975 film The Holy Grail as the funniest he has ever seen.

The 51-year-old says that the first time he saw it at an all-night house party when he was 15, he sat and watched it three times without a break.

He said: “The first time I just stared at it. The second time I laughed like I’d never laughed in my life. The third time I wept. I felt such joy knowing that out there somewhere in the world were lots of people the same as me.”

Held on the first Sunday of each month, the show runs from 7pm to 10pm.