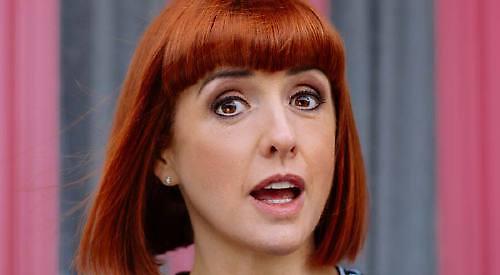 A FORMER television executive turned stand-up comedian will top the bill at the Maltsters Arms in Rotherfield Greys next Sunday night (October 3).

Having worked for MTV, UKTV and Viacom, where she oversaw the Comedy Central channel, Cally Beaton’s unexpected induction into the funny game came during a spell on the road with the late Joan Rivers in 2014.

At a business event where Rivers was due to perform, she offered to warm up the audience.

Impressed, the 81-year-old Rivers told her afterwards that she had what it took to be a professional comic.

Since making her stage debut the following year, Cally has gone on to become one of the UK’s most-booked stand-up comedians.

Her TV credits include The Apprentice: You’re Fired! and QI, together with Radio 4’s The Museum of Curiosity, The Unbelievable Truth and Saturday Live.

Cally’s 2019 Edinburgh show Invisible was a sell-out hit, received four-star reviews and was nominated for a number of “joke of the fringe” awards. She now hosts a podcast focusing on the worlds of comedy, self-help and business.

The other acts on the bill next Sunday are Michael Frankland, Tamsyn Kelly, Gabby Killick, Ben Harrington, Aaron Lavene and Andy Field.

The show, which runs from 7pm to 10pm, is the third instalment of the pub’s new Purple Curtain Stand-Up Comedy Cabaret, held on the first Sunday of each month.