Comedy legend has plenty to talk about 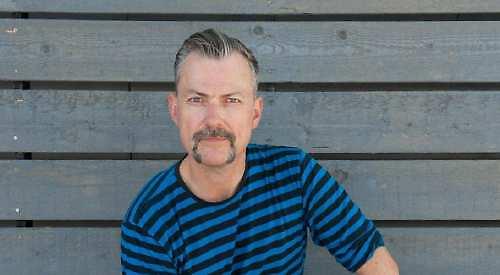 A COMEDIAN who has appeared on Mock the Week, Never Mind the Buzzcocks and They Think It’s All Over is topping the bill at the Maltsters Arms in Rotherfield Greys on Sunday night.

Away from the comedy circuit, Ben Norris is the father of triplets (two girls and a boy) and also happens to be the cousin of actor Martin Freeman, aka Tim from The Office.

But it does mean that he is never short of things to talk about.

Norris has been performing stand-up since 1993 and is renowned for his relaxed stage persona and ability to improvise while delivering sharply crafted material.

Having written and performed three solo shows at the Edinburgh Festival, Norris was chosen by Ed Byrne to support him on his national tour, culminating in an appearance at the Hammersmith Apollo.

A regular at The Comedy Store in central London during normal times, his performances led GQ magazine to write of him: “The term circuit legend is overused, but Norris is one of a handful that have been headlining for more than two decades and rarely departs a stage without leaving it torn to shreds in his wake.”

The show, which runs from 7pm to 10pm, is the fourth instalment of the pub’s new Purple Curtain Stand-Up Comedy Cabaret, which is held on the first Sunday of each month.