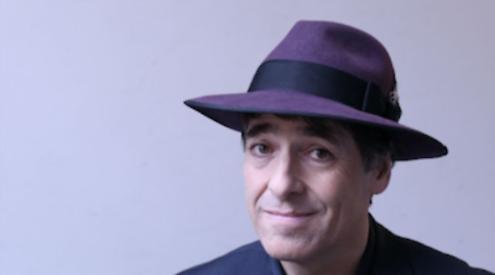 NOT so long ago, it seemed unlikely that Britain would vote to leave the EU and Donald Trump was a buffoon who surely wasn’t going to beat Hilary Clinton to the American presidency.

Since then, every has gone all gone to absolute s***, says Mark, but don’t worry, because Every Little Thing’s Gonna Be Alright.

The star of Radio 4’s Mark Steel’s in Town, is back on the road with a new show that is guaranteed to make the world seem even more crazy than it really is.

Mark has written and presented many series of the show and toured it around Britain.

He also presented the BAFTA-nominated Mark Steel Lectures for BBC2 and is a regular on BBC One’s Have I Got News For You and Radio 4’s The News Quiz. He has written several acclaimed books, including Reasons To Be Cheerful and What’s Going On and wrote an award-winning weekly column for The Independent. He now writes a column for the Sunday Mirror.

Mark Steel’s Every Little Thing’s Gonna Be Alright comes to the Kenton Theatre in Henley on Thursday, June 2.

For more information and to book tickets, call the box office on (01491) 525050 or visit www.kentontheatre.co.uk