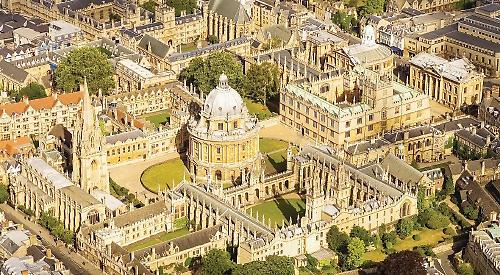 OXFORD has been named the UK’s “least affordable city” in a review by Lloyds Bank.

The news comes as home affordability across UK cities, as measured by the ratio between average house prices and average gross local earnings, was found to be at its worst level since 2008.

Following the publication of its affordable cities review, Lloyds Bank says that over the past five years the average UK city house price has risen by 32 per cent from £169,966 in 2012 to its highest ever level of £224,926 in 2017.

In comparison, average city annual earnings over the same period have risen by only seven percent to £32,796.

As a result, average affordability in the nation’s cities has worsened, with house prices rising as a multiple of average annual earnings from 5.5 in 2012 to 6.9 in 2017.

The average house price in Oxford is £385,372, which is 10.7 times annual gross average earnings locally (£36,033), making it the UK’s least affordable city to live in. The report highlights five cities with average house prices at least 10 times average annual earnings.

There is also a notable North-South divide. Lichfield (8.3), York (7.6) and Leicester (7.6) are the only cities outside southern England which appear in the top 20 least affordable UK cities.

Stirling in central Scotland was found to be the UK’s most affordable city as calculated by Lloyds.