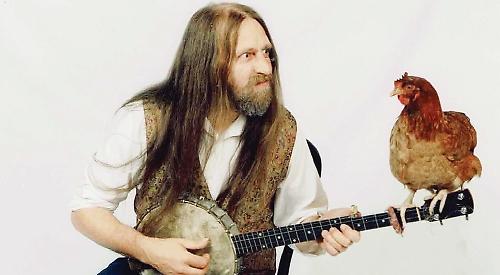 1989 was the year I first rattled pots and pans at the Crooked Billet, seared my first scallops and filleted my first flounder, writes Paul Clerehugh.

People paid with cash, cheques and luncheon vouchers, booked by the telephone — nobody had a mobile phone or email.

You smelt of Eau Sauvage or Anais Anais. I smelt of halibut, drove a Vauxhall Cavalier Cabriolet Slade. David Beckham was 13 and Jess Glynne, headlining this year’s Henley Festival, hadn’t been born.

I bought my first CD (Enya’s Watermark) and on the advice of the BBC’s Tomorrow’s World science programme kept it in the fridge. Didn’t have a CD player. We bought records in those days. Singles and LPs in their brilliant gatefolds. Marco Pierre White was the chef of 1989, winning Michelin stars at Harvey’s, his Wandsworth restaurant.

Nouvelle cuisine was the trend. The Daily Mail referred to the Crooked Billet as a gastropub, making it Britain’s first — the term hadn’t previously been used. Not that there was anything new about gastropubs — Jesus was born in one.

The Crooked Billet attracts musicians, arty types and a bohemian crowd. We host weekly music nights. Marillion were the first band that played my dining room back in 1989.

Besides my girls and cooking, my other love is music. Pre-Crooked Billet days I played bass with Brian Conolly’s Sweet, Otway & Barrett, Pink Flem and Toy Dolls, amongst others.

Over the years an impressive roster performed at the Billet. Artists that sold zillions of vinyl albums — including Status Quo, Squeeze, Kiki Dee, The Specials, Labi Siffre, Anni-Frid from Abba, half of Deep Purple, John Otway, Wild Willy Barrett and George Harrison (who over the course of his career with the Beatles, the Travelling Wilburys and as a solo artist shifted 1.8 billion singles and nearly 700 million albums — a lot of black vinyl). As it so happens, my friend Wild Willy Barrett is releasing a new vinyl LP in conjunction with national Record Store Day on Saturday, April 22.

Wild Willy Barrett’s French Connection play Oxford’s Old Fire Station on April 22, celebrating the release of their album. I might dust off my double bass and join Willy on stage.

At the ensemble’s heart are the undisputed talents of multi-instrumentalist and godfather of grunge folk, Wild Willy Barrett. The quartet perform on guitar, cello, harmonium, whistle, fiddles, banjo and uillean pipes with a large dose of dry wit. Charismatic French singer Aurora Colson takes centre stage, captivating audiences with her heart-rendingly expressive performances, effortlessly tackling styles from blues to chanson and haunting Irish melody, all with touch of Édith Piaf thrown into the mix.