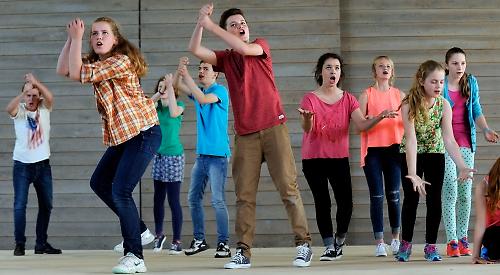 Tickets are on general sale for the two-month-long festival, which runs from Thursday, June 1, to Sunday, July 30, at the Wormsley estate near Stokenchurch.

Recent years have seen virtually every seat sold — but this year there are four professional productions scheduled — plus a “people’s opera” commissioned as part of Garsington’s learning and participation programme.

Written by Roxanna Panufnik with a libretto by Jessica Duchen, Silver Birch explores the power of love in wartime and incorporates war poetry by Siegfried Sassoon, some of which he wrote while staying at Garsington Manor.

Douglas Boyd, Garsington Opera’s artistic director, will conduct the new opera, which involves over 180 participants aged from eight to 80.

They will perform as singers, dancers, actors and instrumentalists and there will be contributions from trainee sound designers guided by Glen Gathard of Pinewood Studios.