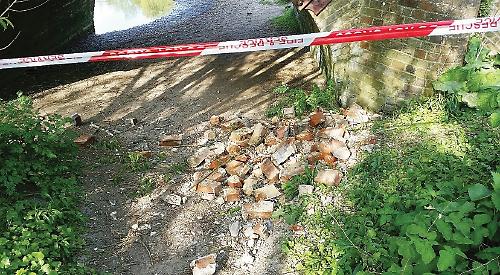 Sir, — Following my letter of April 7 concerning, among other things, the absolute necessity for a new Thames crossing, I did not anticipate how such graphic proof of such a necessity would be upon us so quickly.

An ancient sewer pipe collapses in Hart Street, Henley, and nightmare chaos reigns with Councillor David Nimmo Smith wondering what to do next with traffic grid-locked on and approaching the ancient edifice of Henley Bridge in addition to traffic going nowhere in both counties.

Worse still, that other so-called “major Thames crossing”, the oversized garden ornament known as Sonning Bridge (over which 17,000 vehicle movements pass every working day) has had its western brick wall severely clobbered, daylight showing through, bricks in a massive heap on the towpath below and its brick parapet pushed out of line over about 20m.

I feel a totally disruptive bridge closure coming on.

By mindless intransigence, lack of forethought, political numbness and simple daftness, at least relatively minor incidents have a major negative impact on our inadequate, neglected and creaking infrastructure.

A hole in a bridge wall, a busted pipe, then it’s travel chaos.

I think it was Pete Seeger who used to sing “When will they ever learn?” — Yours faithfully,