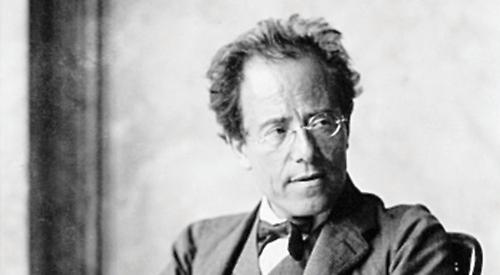 THE magic of fin-de-siècle Vienna is to be recreated at this year’s Oxford Lieder Festival — through a thrilling two-week exploration of the life and music of the composer Gustav Mahler.

Titled The Last of the Romantics, the festival — now in its 16th year — is set to be one of the biggest ever celebrations of this most fascinating of composers, exploring his influences, contemporaries and legacy.

Mahler was a dominant musical personality — a composer and preeminent conductor who was steeped in tradition but a champion of the new.

Over the course of the festival, which runs from October 13 to 28, many of the world’s greatest singers and pianists will arrive in Oxford to perform Mahler’s complete songs with piano, inviting a fresh look at this “symphonic composer” and the enduring place of song in the musical landscape.

The performances of Mahler’s songs will be supported by an exciting schedule of additional events that place him and his music against a rich cultural backdrop.

Mahler’s choices of texts, wider artistic influences from literature and art to nature and folk music, his Jewish background in a conservative Catholic city, his encounter with Freud and his renowned encouragement of other composers will all be explored over the 16 days.

Mahler’s home city of Vienna will also be placed in a wider context, with tradition represented in the songs of Schubert and Beethoven, an exploration of Brahms’s glorious melodic gifts, an in-depth look at Richard Strauss, and music by Hugo Wolf, Alexander Zemlinsky, Erich Korngold and Joseph Marx.

A late-night gathering will look ahead to the Second Viennese School, including several of Schoenberg’s seminal works. Among the world’s leading musicians due to perform are Ian Bostridge, Sarah Connolly, Katarina Karnéus, Angelika Kirchschlager, Mark Padmore, Roderick Williams, Imogen Cooper, the Doric String Quartet and members of the Orchestra of the Age of Enlightenment.

Passes for the festival are already on sale, with general booking set to open on June 1. Full passes are priced £600 or £510 concessions, with one-week passes priced £400 and concessions £340.