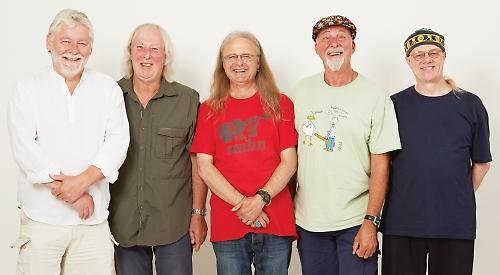 TALK about a golden ticket. Fairport Convention are celebrating their 50th anniversary this year — and on Monday night they play Nettlebed Village Club.

Having first taken to the stage during 1967’s summer of love the band are widely credited with originating British folk-rock.

Despite numerous changes of line-up in the intervening five decades, the band’s passion for live performance has never wavered.

Starting at 8pm, Monday’s concert will see them play a selection of tracks from the album, as well as long-established favourites from their extensive repertoire.

Tickets for the concert are priced £21.50 in advance.

In a further treat for folk music fans, Belshazzar’s Feast are playing Norden Farm Centre for the Arts in Maidenhead, on Wednesday (May 24). Tickets are £15.50 from www.nordenfarm.org or by calling 01628 788997.