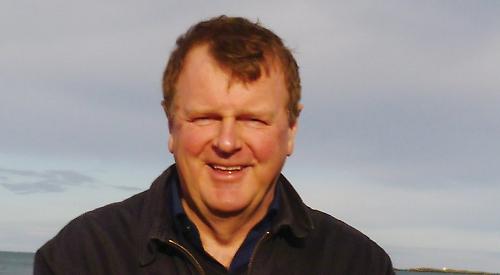 I WAS born and live in Oxfordshire and graduated from Oxford University and the London School of Economics.

My career has focused on building sustainable employment and science-based enterprises and tackling global threats, including climate change. I am a director and former president of Midcounties Co-operative, a former chair of finance for Oxford City Council and a school governor.

Our country is the sixth richest in the world but homeless people sleep in the street, parents queue at food banks and the NHS, schools and care crumble because a corrupt political system hugely favours the rich and powerful. MPs set their own rules and have a vested interest in loose regulation and an obsolete electoral system and in pleasing party donors and newspaper owners.

The choice on June 8 is not just between the most right-wing Conservative and the most left-wing Labour manifestos since the Eighties, there is a better way.

The first British Radicals battled against huge odds but, in the end, rotten boroughs, the slave trade, restrictions on belief and men-only voting were abolished because the public woke up and demanded change. Instead of fighting for the futile honour of coming a distant second, good people should demand:

l Elections where every vote counts.

l Honest acknowledgement that fairness demands better public services, which we must all help to pay for.

If elected, I would serve as a conscientious and trustworthy MP for the Henley constituency. I would fight for a fairer Britain, sound economics and defence, funding for our NHS, schools, care services and science and against the folly of a hard Brexit. And I would campaign tirelessly on your behalf to clean up politics and give power back to the electorate.