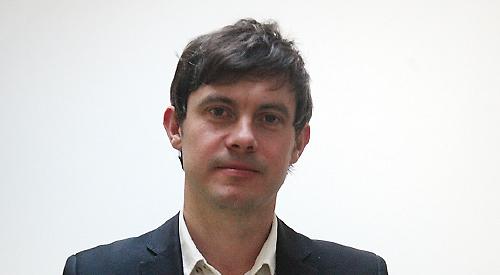 I AM a professional musician and run Wood Festival, a music event at Braziers Park run entirely on renewable energy.

I live locally with my wife and three young children.

After a strong showing in the recent local elections, I’d like to continue building a Green presence in the area.

My priorities in this campaign for Henley are housing and the natural environment.

We need to restore the trashed planning system and set a real value on conserving our countryside.

We’re campaigning for the right kind of houses, in the right place and at the right price, finding homes for a realistic increase in Oxfordshire’s population.

We need to respect the views of local communities and recognise the value of our environment.

Only the Green Party has the policies to protect our countryside.

It can sometimes feel like it’s not worth voting in Henley constituency.

The Green Party is campaigning for electoral reform to bring in a fairer proportional system. No party has a monopoly on good ideas.

In some marginal constituencies we have stood aside to give a better chance to another “progressive” candidate with a chance of winning.

But with no clear tactical vote in Henley the most meaningful vote is a Green vote.

The leaders of Labour and the Liberal Democrats are stuck in the old system but we recognise that the kind of change we need demands us to think bigger, brighter and bolder.

In parliament, we’ll push for a second referendum on the terms of the EU exit because a bad deal or no deal would be unacceptably damaging to our country and our young people.

We’ll also push for proper funding for our NHS, education, policing, social care and public services, which were so badly eroded under the last Conservative government.