Henley Festival and BBC Music boost for up and coming talent 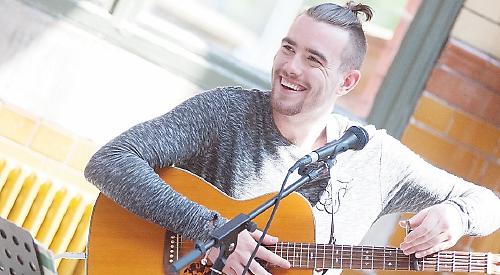 THE organisers of the Henley Festival have this week announced a new partnership with BBC Music in the English regions to showcase up and coming local artists and under-the-radar talent.

BBC Music will be supporting artists performing in the Bedouin Tent by featuring them on BBC Radio Berkshire, with live performances, photos and interviews set to go up online.

Among the artists due to perform are brothers Ed and Ollie Goodale. Guitarist and singer-songwriter Ed will perform music from his debut album The Gift with his brother Ollie on drums.

Having been diagnosed with Asperger’s Syndrome, which he refers to as “a gift”, Ed has been a long-time supporter of the National Autistic Society, with the proceeds of his single Symptoms going to the charity.

Other singer-songwriting talents set to feature on BBC Music are Berkshire-born Cecil and Lucina from High Wycombe.

Tickets for this year’s Henley Festival start at £45. For full details of the programme and to book, visit www.henley-festival.co.uk