Passionate choristers show they can take the heat 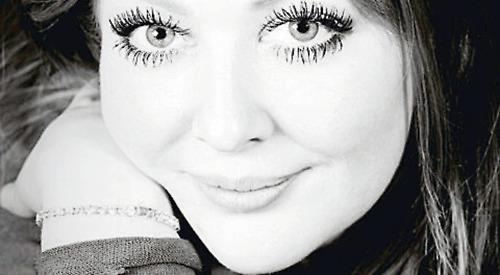 AGAINST the odds, Henley Choral Society’s summer concert was a tour de force.

The “odds against” being that a large choir squeezed into a fairly small church on the hottest day of the year to entertain a packed audience with a long schedule of events.

It could have been uncomfortable and tedious, but it wasn’t.

The two-hour programme, titled Stage to Screen, comprised 20 famous choruses, arias and songs from Monteverdi to Moulin Rouge that flowed by seamlessly; as did the drinks for a very warm and thirsty gathering in the interval.

Arias, songs and duets were provided by soprano Rebecca van den Berg and tenor Ben Thapa — who did a sterling job of standing in for the advertised male soloist at short notice.

They had well matched voices of grand opera proportions that could have been toned down occasionally to take more account of the confines of the venue.

That said, Ben Thapa’s aria Nessun Dorma from Puccini’s opera Turandot was delivered appropriately with great force from the church’s pulpit and met with very enthusiastic approval from the audience.

This contrasted nicely with his more homely delivery of the lovely aria Where E’er You Walk from Handel’s opera Semele, which was also well received.

Likewise, Rebecca van den Berg’s intimate and beguiling performance of Cole Porter’s witty ditty A Tale of the Oyster was met with rapt attention, chuckles and much applause.

It contrasted well with her performance of the aria Sposa son Disprezzata from Vivaldi’s Bazajet, where the great evenness and dynamic range of her voice were on full display.

The choir was not to be outperformed. This is a smartly turned out, very disciplined ensemble that nevertheless is capable of demonstrating great depth of feeling when called for.

Its passionate rendering of the Easter Hymn from Mascagni’s opera Cavalleria Rusticana was masterful.

A great wall of sound rolled out to build upon itself and completely fill the church.

This was perhaps the emotional high point of the evening and met with sustained and very warm applause from the audience.

It brought the first half of the programme to a magnificent close, with those present wanting more.

After the interval the choir gave an atmospheric performance of Chorus of the Scottish Refugees from Verdi’s opera Macbeth.

But its next offering, Chorus of the Hebrew Slaves from Verdi’s Nabucco, required more punch. In places the words needed to be almost spat out.

Perhaps this large choir’s greatest attribute lies in what it lacks — prima donnas. Its sound is solid and mercifully free from individuals who seem to want to make themselves heard above the herd.

The result is that it generates a full, round sound, well balanced across the voices and able to swell and recede as a single musical instrument — just like the waves. On a hot summer’s evening, how cool!