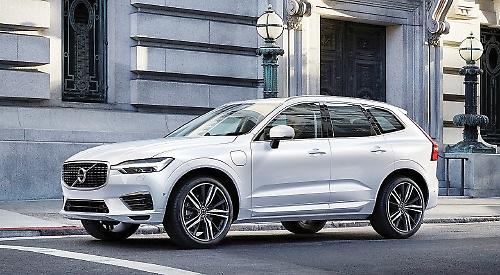 THE announcement by Volvo that every car it launches from 2019 will have an electric motor marks the historic end of cars that have only an internal combustion engine.

This game-changer places electrification at the core of Volvo’s future business and sets the scene for the future of car manufacture.

However, it could be viewed as inevitable considering the huge changes that have taken place in the automobile industry in recent years.

According to the Financial Times, Volkswagen, the German car giant, has said it is confident it will “leapfrog” the competition and become a leader in electric cars by 2025 as it redirects its attention to battery-powered vehicles.

The Guardian has revealed that Google had set up its own car company, Google Auto, to manufacture completely driverless cars without steering wheels, brake or accelerator pedals.

After years of studied silence on the subject of driverless and electric motor technology, Apple CEO Tim Cook is reported to be discussing seriously the newest project at the company — autonomous driving.

So the scene is set for radical changes in the motor industry in the next decade — changes I think that some people still find hard to believe will actually happen.

Yet it assuredly will, not least because there is a lot of money to be made from electric and driverless technology in car production.

At present it’s all about who will be first out of the starting blocks to gain the lion’s share of the market.

Of course, somewhere along the line you would expect the Chinese to be involved. And they are.

On the back of Volvo’s announcement on going totally electric, the Swedish car maker is planning to set up a new joint venture technology company with Geely Automobile Holdings Ltd, the Chinese car group. The aim is to “share existing and future technology” and “more rapidly develop next-generation electrified vehicle technology”.

Geely, which has owned Volvo since 2010, will share “vehicle architecture and engine technologies” via cross-licensing arrangements of technologies managed by the new joint venture.

The new joint venture will be 50/50 owned by Volvo Cars and Geely Automobile Holdings Ltd and have its headquarters in China with a subsidiary in Gothenburg, Sweden.

So you do not have to be a genius to see the way the industry is going. Volvo has every chance of staying ahead of the game with the backing of the Chinese.

“Partnerships to share know-how and technologies are common practice in the automotive industry. This is the model we are adopting,” said Håkan Samuelsson, president and chief executive of Volvo Cars.

Volvo and Geely already share technology, most notably the Compact Modular Architecture (CMA) platform that is being used by Volvo Cars for its soon-to-be-announced smaller range of 40 series cars.

It is expected that the collaboration will extend in future to also cover electrified vehicle components such as battery cells, e-motors and charging systems.

Volvo’s announcement to produce only electric cars represents one of the most significant moves by any car maker to embrace electrification.

Indeed, it highlights how, over a century after the invention of the internal combustion engine, all-electrification is the new chapter in automotive history waiting to be written.

“This is about the customer,” said Mr Samuelsson. “People increasingly demand electrified cars, and we want to respond to our customers’ current and future needs. You can now pick and choose whichever electrified Volvo you wish.” Volvo will introduce a portfolio of electrified cars across its model range, embracing fully electric cars, plug-in hybrid cars and mild hybrid cars.

Mild hybrids are generally internal combustion engines equipped with an electric machine — one motor/generator in a parallel configuration — allowing the engine to be turned off whenever the car is coasting, braking or stopped, yet restart quickly.

Full details of these models will be announced at a later date.

These five cars will be supplemented by a range of petrol and diesel plug-in hybrid and mild-hybrid 48-volt options on all models, representing one of the broadest electrified car offerings of any car maker.

This means that there will in future be no Volvo cars without an electric motor, as pure internal combustion engine (ICE) cars are phased out and replaced by ICE cars that are enhanced with electrified options.

“This announcement marks the end of the solely combustion engine-powered car,” said Mr Samuelsson. “Volvo Cars has stated that it plans to have sold a total of one million electrified cars by 2025. When we said it, we meant it. This is how we are going to do it.”

The announcement, he added, underlines Volvo Cars’ commitment to minimising its environmental impact and making the cities of the future cleaner.

Volvo is focused on reducing the carbon emissions of both its products and its operations. It aims to have climate-neutral manufacturing operations by 2025.