Latest Stephen King adaptation didn't do 'It' for me, sorry folks 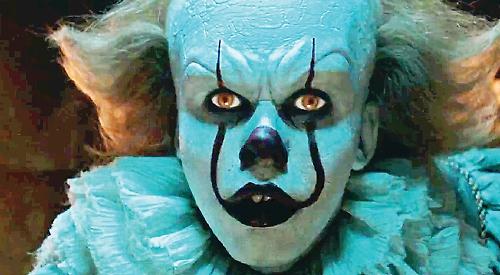 Rather than following the book’s Fifties setting, director Andy Muschietti plumps for the Eighties to retell the tale of the child-terrorising Pennywise the Dancing Clown in a New England township.

Six-year-old Georgie (Jackson Robert Scott) is out playing with a paper boat near his home when it finds its way into the inlet of a storm drain, only for him to run into the demented Pennywise (Bill Skarsgård), and an untimely demise.

Led by Georgie’s guilt-ridden brother Bill (Jaeden Lieberher), a fast-assembling team of nerdy kids known as The Losers Club sets out into the sewers of Derry, Maine, in the hope of finding the first victim alive.

As if one town-bound pest was not enough, the children of The Losers Club are harassed by a posse of local bullies led by Henry Bowers (Nicholas Hamilton).

But Steven Spielberg’s vision of squeaky clean Eighties suburbia this is not.

Each of the children lives with hang-up-racked and/or outright abusive parents in correspondingly grimy homes, all of which contribute to some darkly comic moments.

But it is within that context that the film predominantly fails to deliver, as it struggles to identify the protagonists’ chief adversary — whether among the underdeveloped characters of the parents, the bullies who never seem to receive a truly satisfying comeuppance, or Pennywise itself.

Even the back story of the town of Derry is unable to fully realise its potential.

Aside from a genuinely creepy opening sequence, and one or two shock moments as the shape-shifting clown darts into shadows or reveals itself as a headless torso, a feeling of impending doom or edge-of-the-seat thrills rarely materialise.

A final showdown worthier of a Marvel comicbook movie adds to a sense of increasing disengagement and emptiness as the action falls over itself to improve on each last uninspired CGI-fed sequence.

Meanwhile, an over-zealously applied music score by Benjamin Wallfisch hardly abates during the final hour, as it desperately tries to compensate and do the audience’s work for it.