Look out for birds moving into your garden for the winter 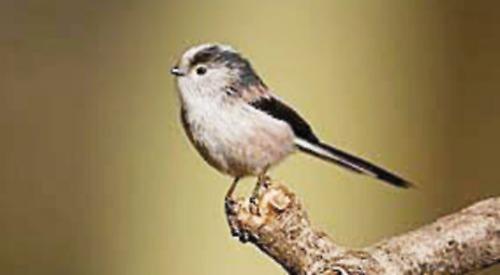 WHAT is visiting your garden at the moment?

Are there funnel-shaped holes in the lawn? These could caused by green woodpeckers prospecting for ants (a woodpecker flew up from a neighbour’s lawn with a yaffle of surprise when I rounded the corner early on Monday morning).

However, they are more likely the result of hedgehogs digging for grubs with their noses, feeding up before hibernation.

Look out for their black oblong droppings and when you find a slug or snail, crush it (if you can bear to) and leave it there as it will be eaten in the night.

Flocks of long-tailed tits are coming in from the woods, moving to the warmer suburbs. They came round the side of our house accompanied by a warbler and a couple of blue tits, heading for the hawthorn and the silver birch.

The genus betula (birch) has grown on earth since the dinosaurs in many different varieties and in many places, from temperate zones to the Arctic tundra, and is the first tree to colonise cleared, burned or overgrazed land.

The Latin name derives from the use of birch twigs to beat the skin in Roman and Nordic bath houses.

The three top trees for the long-tailed tit are birch, oak and hawthorn followed by ash, maple, elder, hazel, sycamore and spindle in winter for the berries. It is essential to plant these old English species.

The bright white bark of the imported birches at the garden centre are visually stunning but the birds do not visit them. The tits are pecking at leaves, twigs and aphids on the tree, moving in flocks all winter for safety and for efficiency in the communal search for food.

This is also to keep them warm at night — their tiny bodies are vulnerable to cold and they roost crammed together on a branch under the canopy.

In spring they will separate into pairs before building their round nests of moss and tendrils in the brambles.

If you see such a band of tiny birds passing through, check the time and look out for them again at the same time for they establish regular routes through our gardens in the winter.