Five ways to avoid coughs an colds in winter 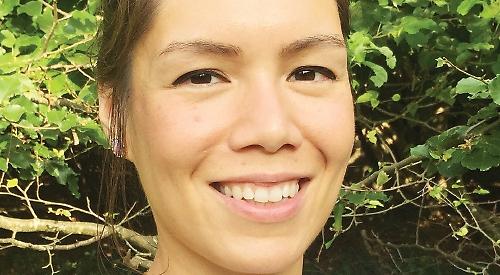 MY hope in writing this column is that we still have a few final warm days of the year left and that you are reading it in the garden.

Nevertheless, winter is approaching, so our attention must turn to the dreaded coughs and colds that are synonymous with this period.

Adults can expect to have four to six colds a year while children can experience up to nine, especially if they attend childcare facilities. And those with children, well, you can imagine...

Colds and flu are caused by viruses and take a few days to manifest themselves, giving you a three-day grace period before you start with the snuffles, sneezing and generally feeling awful.

As a doctor, I am often asked how I avoid the stream of viral illnesses that I see daily. The most important advice I can give is:

If a person coughs, sneezes or blows their nose, their infected particles will sit on surfaces including desks, pens and door handles for up to 24 hours. If you then touch them and touch your mouth, nose or eyes this is a perfect way to catch the illness. So by washing your hands frequently, especially before meals, you dramatically cut your risk of catching a cold.

A perfect illustration of this is a study from last year which focused on teaching children how to wash their hands properly with soap and water and to use hand sanitiser at specific points, for example after coughing, sneezing or blowing their nose and around meal times. The children that participated decreased their risk of absenteeism due to respiratory infection by 38 per cent.

Therefore, if you have a cold please do not take offence when I clean my door handle on your way out!

Likewise, when a person coughs or sneezes, those particles are also in the air. Avoid breathing these in directly after someone has coughed or hope they have brought a tissue to capture the virus. You can view advertising campaigns from as far back as the Forties with the tag line “coughs and sneezes spread diseases” and this was brought up to date in 2013 with another good campaign strap line, “Catch it! Bin it! Kill it!”

Visiting communal places, such as work or the doctors’ surgery waiting room, is a very efficient way of spreading the virus to many others. Even the most eager employer would prefer you took a day off when your cold symptoms are at their worst rather than coughing and sneezing your way through the office infecting other employees. These viruses make you cough and sneeze because it is a very effective way of spreading themselves.

4. Get the flu vaccine

Flu is a virus, which means that it cannot be treated by antibiotics (as these only work for bacterial infections). Luckily, we have the flu vaccine. The adult flu vaccine contains a dead version of the virus, so it cannot give you flu. What it does do is cause an immune response in your body so if your body is exposed to the flu virus it is already prepared to attack the virus and fight off the infection. It is free on the NHS through your GP for anyone aged 65 and over, pregnant women and adults with long-term health conditions or weakened immune systems.

People who aren’t eligible for a flu jab on the NHS can pay for a flu vaccination privately.

The flu vaccine for children is slightly different. It is a nasal spray, hence avoiding any needles, and contains a very weak form of the virus that does not cause flu in healthy individuals but does protect against flu and potentially serious complications of flu such as pneumonia.

Skimping on sleep puts you at a higher risk of a cold. A study in 2015, published in Science magazine, correlated patients’ sleep patterns with their likelihood of catching a cold and found that those that slept less than five hours had a 45 per cent chance of catching a cold compared with those that slept more than seven hours whose risk was only 17 per cent. Note those who slept six to seven hours had a risk of 23 per cent.

As a way of avoiding a cold, supplements could be counted as experimental as they are not backed by a multitude of scientific studies. A healthy balanced diet with regular exercise will hold you in better stead as a good basis to avoid infection. That said, they are worth including as a note of interest:

Probiotics — an analysis of 10 trials looking at the use of probiotics to prevent a cold showed that they may be more effective at preventing a cold than taking nothing, though their use did not shorten the duration of symptoms. It is thought that they work by boosting the ability of your white blood cells (those that fight infection) to destroy bacteria. Side-effects were minor and were most commonly an upset stomach.

Echinacea: At university, with the constant rounds of cough and colds, I would spend half my student loan on echinacea in the hope of avoiding them. It turns out this was all in vain as two years ago the Journal of the American Medical Association looked at all 24 trials from 1990 to the present day studying this herbal supplement and its use in preventing a cold and found there to be no substantial evidence to support its use.

If you would like useful links regarding this article, including links to the studies described, please email me at info@henleymedicalaesthetics.com

⚫ This column will appear in the Henley Standard fortnightly. Next time: How can I get rid of a cold?