Pininfarina-bodied Jaguar is 'restoration of the year' 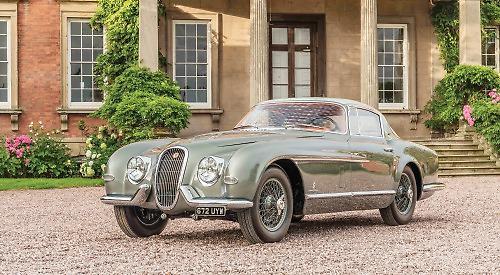 A CLASSIC Jaguar that took an epic 6,725 man hours to restore has won the Restoration of the Year award at the Octane Awards.

The winner was a unique Pininfarina-bodied 1954 Jaguar XK120 SE.

This is the second time that Classic Motor Cars (CMC) has won the award — the only company to have won it twice.

It was first delivered to Automotive Hall of Fame inductee Max Hoffman in 1954. Hoffman was an Austrian-born, New York-based importer of luxury European automobiles into the United States who inspired the production and refinement of several vehicles. It is believed that Hoffman inspired Pininfarina to reinterpret the shapes of the XK and then unveiled it at the 1955 Geneva Motor Show.

CMC purchased chassis number S675360 in 2015 from a German gentleman who had bought it in the USA in 1978 with the intention of restoring it but never got round to it. An epic 6,725-hour journey began.

During the forensic inspection it was found that Pininfarina had used the original XK body as the basis — also that a previous owner had painted the exterior in burgundy, covered the seats with tan leather and changed various other aspects.

CMC’s specialists faced many challenges. Some of the original parts were impossible to find such as bumpers and chrome work, so CMC remade them by hand from photographs.

The technicians also had to scan the front and rear end of the car in order to make mock ups of the lights, which were then scanned and reproduced.