Alcohol: are you drinking too much? 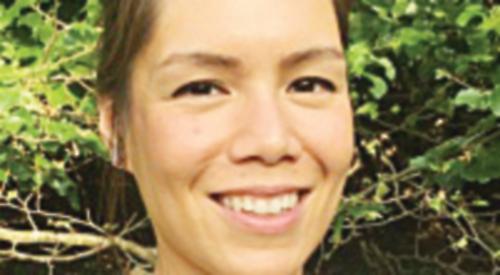 “I ONLY drink twice a year — on my birthday and when it’s not my birthday!”

How often have I heard this in one guise or another? We often joke about our need for a stiff drink to get through the week but daily drinking is a very easy trap to fall into. According to the latest figures, we are falling into a pandemic of normalising excess alcohol.

However you justify your nightly tipple, it’s worth understanding what it is doing to your body so that you can make an informed decision.

The liver is where alcohol is broken down and hence takes the brunt of the damage. Initially, harmful levels of drinking cause something called fatty liver. This is asymptomatic which means you will not be aware of it.

The next step is alcoholic hepatitis, which means that the liver has become further inflamed but is now at significant risk of progressing to the final and irreversible step of liver cirrhosis. At this stage there may still be only minor, non-specific symptoms.

Alcohol is broken down by enzymes to acetaldehyde. This is highly toxic and known to cause cancer. It increases our risk of cancer of the mouth, larynx, oesphagus (food pipe), liver, stomach, bowel, lung, pancreas and breast.

Drinking alcohol regularly beyond the recommended limit also increases your risk of raised blood pressure, stroke, heart disease and diabetes. You are more likely to have a bleed in your gut, get gout and pancreatitis and have impotence or fertility issues.

It also weakens your immune system, increases your risk of thinning bones and causes you to make frequent nightly trips to the lavatory to urinate.

In addition, alcohol is addictive, which means that not only do we crave it but our body gets used to it, not the toxic effects but the “pleasing” ones. Hence we need more and more to get the same result, i.e. we build up tolerance.

But what about the reported positive effects of alcohol? Some people use alcohol to help them sleep and, yes, it can help you fall asleep more quickly but it disrupts your REM (rapid eye movement) sleep. Lack of REM sleep will also decrease your memory, concentration and
co-ordination the following day.

Alcohol has antioxidants called flavonoids. They are in most alcohol and especially high in red wine. These have been shown to be protective against heart disease but not for everybody and only if you are drinking within recommended limits. Unfortunately, for some people, such as those who are overweight or smoke, the benefits, even at relatively moderate levels, are outweighed by the harm alcohol can cause.

So how much should I be drinking? The recommended alcohol intake in the UK for men and women is 14 units with two or more drink- free days a week. If you do drink 14 units a week these should be spread out over three days or more.

Binge drinking should be avoided. This involves drinking more than six units of alcohol during one session. People often vastly underestimate their units, which is an easy thing to do with the high alcohol strength beverages now available and wine glasses steadily increasing in size over the years.

To calculate the amount of units you are consuming in a beverage:

Or you can use Drinkaware’s unit and calorie calculator, which is online and has the added benefit of telling you how many calories you are drinking. A 250ml glass of red wine can contain up to 230 calories, which is equivalent to a regular Mars bar!

How do you know if you have a problem?

There is often a fine line between alcohol being something you enjoy and something that is starting to cause problems. Any drinking habit that either affects your ability to function the next day or is becoming something that you can’t do without is a sign that drink is harmful to your health.

It is important to remember that alcohol has far-reaching effects on not just your body and mind but also work, relationships and social activities.

Drinkaware.co.uk has an online test to determine if you should worry about your drinking. It is based on the Audit-C test that GPs use. The same website also has many useful articles on the effects of alcohol and how to cut down.

Turning Point Oxfordshire is a self-referral service to help people who are addicted to alcohol. www.turning point.co.uk/oxfordshire roads-to-recovery

• Next time: Dr Will Hearsey on the heart.