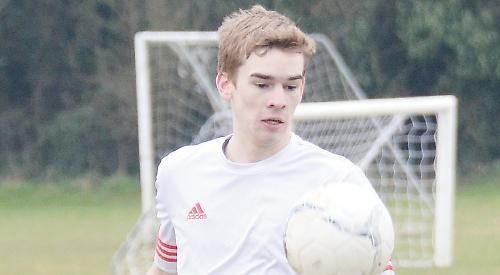 AN Aaron Attfield double gave SC UNITED an unassailable lead against WS HOBNOB which gave them a valuable three points in Division 1.

The hosts took the lead mid-way in the first half when winger Callum Parr jinked his way past two defenders before finishing calmly from close range.

SC United then doubled their lead on the stroke of half-time following a defence-splitting through-ball from centre back Michael Johnson which gave Attfield his first goal as he rounded the goalkeeper before putting the ball into an empty net.

Then, with half an hour left on the clock, Attfield grabbed his second in emphatic style, volleying home a Toby Herman corner.

Hobnob grabbed a consolation goal in the dying minutes when one of their centre backs leapt highest to head home direct from a corner.

The result still leaves SC United in 11th place in the table on 16 points. Just four points separates them and the three teams below who are each on 12 points and have all played fewer games.

Elsewhere in the division, third-bottom HENLEY TOWN secured a seemingly unlikely point with a 1-1 draw at home to league leaders READING UNITED.

The game only really came to life after half-time when Henley took the lead when Dan York scored a volley from just over the half-way line. Reading rallied and eventually they equalised with a volley direct from a corner in their last attack of the game.