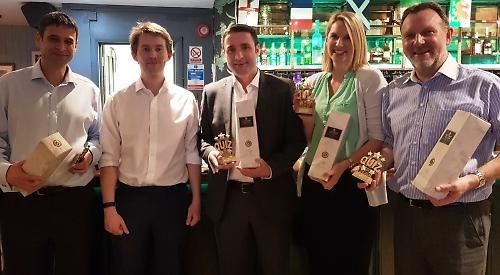 LAW firm Blandy & Blandy, which has an office in Hart Street, Henley, raised £5,000 for its “adopted” charities, Daisy’s Dream and Reading Samaritans, at the firm’s annual quiz night.

The winning team, Crowe Clark Whitehill, received a trophy and each member was given a bottle of English sparkling wine grown on the Queen’s estate.

Claire Rhodes, fund-raising manager for Daisy’s Dream, said: “A massive thank-you to Blandy & Blandy for organising such a brilliant quiz night. We are absolutely thrilled with the fabulous response and incredibly generous support.”

Nearly 100 charities have contacted Blandy & Blandy about applying for the firm’s support when the current charities’ two-year cycle ends in June.