It’s hard getting your head round how the brain works 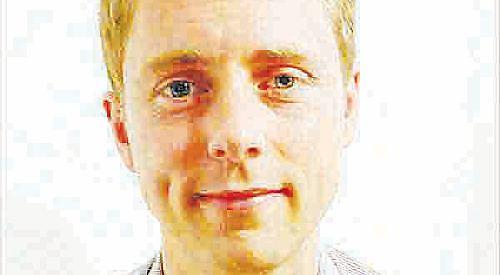 The brain is our vastly complicated seat of consciousness and individuality, controlling most functions of the body, some of which we are aware of and some of which are on a subconscious level.

If you were to see it under a microscope, you would find literally billions of nerve cells, or neurons, forming a continuous interconnected network signalling to each other using electrical pulses and chemical transfers.

There are about 86 billion of these neurons in the adult brain, meaning that if you were to pick an area the size of a small grain of sand you might find as many as 100,000 neurons there. What’s more, each one connects to about 1,000 others via synapses.

As we zoom out again, we see that the brain has a wrinkled surface that, if stretched out flat, would cover the area of four sheets of A4 paper. It is cushioned and bathed by a viscous layer of cerebrospinal fluid that, as the name suggests, runs all the way down around the spine as well.

Weighing in at around two per cent of our body weight, our brains manage around 98 per cent of human function, which is a pretty good return. It follows, therefore, that it needs a fairly good power supply and, indeed, it has an important network of blood vessels that supply it with oxygenated blood and nutrients — it uses around
20 per cent of the body’s energy supplies.

With such a complex make-up and such a plethora of responsibilities, it is no wonder that it is regarded with such intense interest and yet is still relatively poorly understood compared with other organs of the body.

As with much scientific endeavour, much progress has been made in its understanding over the last century. Take the frontal lobe, for example. As part of the quest to understand the brain in more detail, scientists identify areas in accordance with their perceived function. The frontal lobe is thought to be involved in executive function, such as judgement, decision-making, planning and control of behaviour — functions that became clear after an accident involving a railway worker named Phineas Gage who received a metal pole through his forehead. Though he survived the ordeal, the once calm and understated worker famously showed a marked change in personality towards aggression and surliness.

The point is that certain areas of the brain are involved in particular tasks. This can become apparent when someone has a stroke. Most strokes happen when blood supply to an area of brain tissue is interrupted. The result can be, for example, loss of motor function
(i.e. moving an arm) in one side of the body. If there is a problem in one half of the brain, then the motor function problem manifests in the other side of the body. This is because nerve fibres from each side of the brain cross over at a certain point before descending the spine to the rest of the body.

We know that the brain performs so many functions. It allows us to move, to smell, to hear and to sense temperature. It also enables us to think. While this complexity is admirable, when it goes wrong the consequences can often be very distressing. Infection, head injury and cardiovascular disease all affect the brain’s health as well as conditions such as Parkinson’s disease, which affects the production of dopamine (normally used to regulate our movement) and results in involuntary shaking, slow movement and stiff muscles.

Most significant of all, as our population grows older, dementia is becoming the largest cause of mortality in the UK and across the developed world. Research is ongoing and we still have a long way to go both in understanding the processes involved and in treating the effects. It should be mentioned that dementia is not a single disease, rather a term to describe the symptoms that occur when there is a decline in brain function.

Alzheimer’s is the biggest cause of dementia. Though not fully understood, it is believed to be related to the build-up of amyloid plaques and to neurofibrillary tangles made up of TAU proteins. As more of these build up, the ability of the neurons in the brain to transmit information gradually diminishes. Current research is focused on the processes involved in the development of these two features.

Just as importantly, the search is on for biomarkers (that we can sample in the blood or spinal fluid) that might give us an idea of whether someone might be developing a dementing condition, giving greater opportunity to take early steps to manage the condition and to research disease progression over longer periods.

Although it can be difficult to face, and often slow to present, if you have any concerns about memory, it is important to see your GP as there is often support available and it may also be the result of more benign and treatable conditions, for example, low vitamin B12 levels or underlying infection.

When concentrating on the more physical effects of the brain, it is sometimes easy to overlook the deeper thought processes that are involved in our mental health. Much of our individuality comes through the environment in which we grow up. In the same way that we form new connections and synapses in our brains through repetition as we learn an instrument or practise our times-tables, for example, it is thought that personality traits develop to some extent in the same way.

For untold reasons, however, our minds can be fragile and depression and anxiety can be extremely damaging. Often there are so many different factors, both social and physical, that make such emotional issues difficult not only to treat but also to recognise. Chemical imbalance plays its part, for example, in relation to levels of serotonin in the brain and in such cases there can be a role for medication. More recently, there has been a push for increased awareness of mental health conditions in an attempt to remove any stigma attached to something that can cause a lot of problems if left unaddressed.

How do we look after our brains? Staying happy is a good start and there is plenty of support available for people for whom this is not the case. Keeping your mind busy helps to maintain your “neural plasticity” — it ensures you are creating new synapses by learning new things. Maintaining healthy social networks is equally as important.

Regular exercise is vital for brain health as it increases the blood supply to the neurons, reduces blood pressure, helps blood sugar balance, improves cholesterol and reduces mental stress. Getting enough sleep each night is also important (eight hours being the aim).

Your diet can also give you benefits. Anything rich in omega 3, such as oily fish, is useful and a Mediterranean-style diet is a good start. Blueberries are rich in anti-oxidants, thought potentially to reduce inflammation involved in plaque formation in the brain, and dark leafy greens, such as kale and spinach, will give you good sources of vitamins C and E and folates — all thought potentially to reduce the risk of Alzheimer’s.

There is some evidence that certain people may benefit from medications like statins and aspirin but it’s always a good idea to discuss any medication with your GP or pharmacist. And don’t forget not to smoke or drink too much alcohol.

While we know more than we ever have, there is still a lot to learn and the brain is still something we can’t fully get our head around.

• Next time: the pancreas