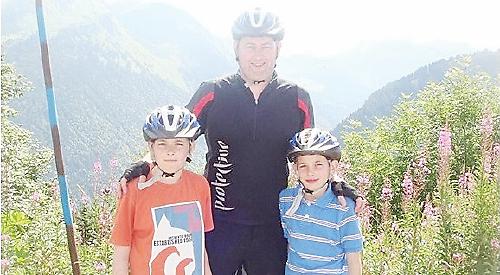 WITH homeowners seeing the first interest rate rise in more than 10 years last November and further hikes predicted for 2018, first-time sellers view potential interest rate rises as their biggest challenge to moving up the property ladder, according to new research from Lloyds Bank.

The report reveals one in three (35 per cent) of these households believe it will be more difficult to sell their home this year, with worries over the economy, the size of the deposit they’ll need and a shortage of family-friendly properties.

Second Steppers are mostly couples and young families moving on from their first-time buyer homes to secure more space and a garden. The latest figures show a lack of confidence about selling among this group, despite significant improvements in market conditions over the past five years.

Today’s typical Second Steppers bought their first property in 2014, when the average price of a first-time home stood at £167,137. Based on the latest house price figures, selling their home for the average first-time buyer house price of £211,296 would provide them with an average equity injection of £85,877 for their next home. That’s grown from £68,629 four years ago.

The gap between the sale of their current property and the cost of their perfect home — usually a detached property — is now £135,985. But the average equity level of £85,877 can help reduce this gap by 63 per cent, meaning that Second Steppers need only add an extra £50,108 to their existing mortgage.

However, across the country, there are significant regional variations in the size of this gap. In Northern Ireland, people will need to find £73,499 extra to make the step to their desired second home. At the other end of the scale, people in London need £330,599 to make the jump.

Just over a third of Second Steppers (35 per cent) think it will be harder to sell their existing property this year than it would have been a year ago.

In addition, more than a quarter (29 per cent) are worried about the uncertain economic climate, while deposit size remains a key challenge (30 per cent) and around one in four Second Steppers (26 per cent) are struggling to find the right property to move to.

More than half (52 per cent) also think the stamp duty changes announced in the budget last year will increase the number of first-time buyers entering the market even further.

Andrew Mason, Lloyds Bank mortgages director, said: “Second Steppers are optimistic about the market conditions, which are now better than they’ve been for over five years, and with many building up substantial equity in their homes and more first-time buyers entering the market, their next move may not be far away.

“However, the interest rate rise we saw late last year marks the first increase first-time sellers have seen since becoming homeowners and even though it was small it has caused some concern.”

Town living is attractive to nearly half of Second Steppers (48 per cent), while four in 10 opt for a village location. Under a third (31 per cent) plan to relocate to the countryside, while city life appeals to just over a quarter (27 per cent).

The survey reports that buying a period property or a new-build home remains the dream for more than a third of second-time buyers (37 per cent and 36 per cent respectively), with a quarter looking for a recently developed or renovated property. One in five (21 per cent) are looking to put their DIY skills to the test and so buy a property in need of renovating.

When looking for their ideal home, Second Steppers’ must-haves include a driveway or off-road parking (61 per cent), a garden (59 per cent) and a kitchen-diner (56 per cent).

Almost two thirds (64 per cent) of Second Steppers admit to having regrets about their first property purchase, with more than a third wishing they had bought a bigger property.

Just over one in 10 say that they rushed to get on the property ladder and bought their first home without looking at the details.