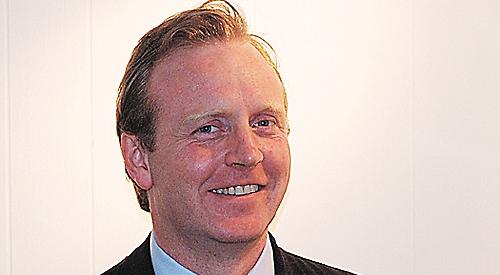 A MAN from Goring Heath will be taking part in the London Marathon on Sunday.

He works at Lloyds Bank’s head office in London and decided to support the charity after attending its 21st anniversary ball last year and hearing about its work it.

Mr Jackson, who lives with his wife Suzie and sons Ollie and Josh, has already competed 12 marathons as well as half marathons, “iron man” triathlons and the Goring 10km race.

In September he took part in a four-day endurance challenge in which he climbed 3,209ft Scafell Pike in Cumbria, cycled 100 miles across the Peak District and ran 13.1 miles along the canal network in Birmingham, raising money for Mental Health UK.

Mr Jackson began running to get in better shape. He would often take his exercise kit into work with him so that when he left for the day he could run the mile-and-a-half from his office in Oxford Circus to Paddington station.

His wife is also a keen runner and took part in a half ironman event with him in 2016.

The 35-year-old recently ran the Paris Marathon in just under four hours.

Mrs Phillips-Wylds, who lives in Englefield Green, Surrey, said: “Training has gone really well, although I’ve had a few injuries from training harder than I normally would. Paris was very hot, 23 degrees, and it will probably be similar conditions in London.”

She will be supported on the day by her husband Ian and friends.

She said: “I’m very excited. London has amazing support and is known as one of the most fun marathons to run.

“Getting under four hours again would be great and that’s what I’m aiming for.”

The other members of the Daisy’s Dream team are Liam Smith, Joanne Jones, Tom Buckland, Christina Brown and Michael Hill.

To sponsor the runners, search for Barrie Jackson on Virgin Giving or Amanda Phillips-Wylds on JustGiving or donate direct at www.daisysdream.org.uk/donate

A Henley estate agent is running the marathon in memory of a colleague.

James Butler, who works at Hamptons International in Hart Street, is raising money for a trust fund set up for 16-year-old Natasha Hole-Jones, whose father Nick died on New Year’s Eve after battling bowel cancer.

Mr Butler, 45, said: “Nick was the man that would light up every room, find the fun in everything, a man taken way too early.

“I’ve had a couple of friends who died in the last year, one from a brain tumour and Nick from cancer. One of Nick’s great concerns during his illness was the welfare of his daughter so the idea was conceived to set up a trust fund for Natasha for when se is 21.

“This will help with the many big steps this young lady will have to take in life, sadly without her daddy.”

Mr Butler first started running two years ago and has taken part in 5km and 10km races and half marathons in the New Forest and Winchester.

During his training, he has lost more than two stone as well as giving up smoking.

Liz Jones, a former volunteer for Wyfold Riding for the Disabled, has been forced to pull out of the London Marathon due to injury.

Mrs Jones, who lives in Henley and is the town council’s accountant, has piriformis syndrome, which affects muscles in the buttocks, and is currently receiving treatment from a physiotherapist.

She is a member of Reading Roadrunners and says she plans to take part next year instead.