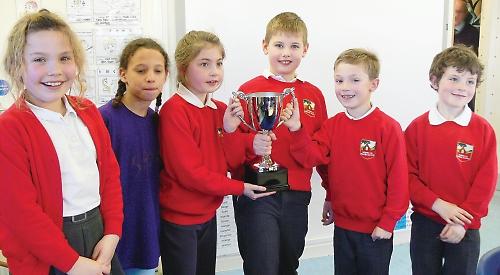 The five year four children were part of the team that triumphed at St Mary’s School in Henley.

The other primary schools that took part were Nettlebed, Kidmore End and Valley Road and Badgemore in Henley.  Each team had to solve challenges against the clock.

Nick Steele, headteacher of Peppard Primary School, said: “Our pupils had a great time. I know the challenges were a lot harder than they were expecting but it was fun.

“It’s always nice to be invited to events in Henley and I look forward to going back next year.”

Diana Brooks, from St Mary’s, said: “Thank you to everyone who joined us and well done to the winning team.”