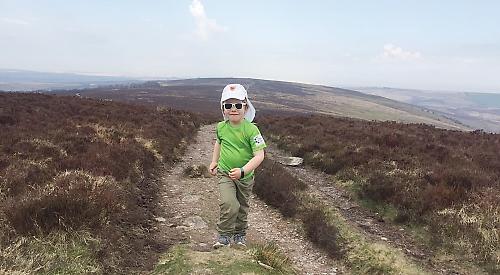 TOBY OSEMAN, from Fawley, took part in the Children’s Challenge on Exmoor.

The six-year-old completed the 12km walk with his father to raise money for Macmillan Cancer Support, which supported his mother during her fight against breast cancer last year.

A school spokeswoman said: “The walk was a real challenge with some very steep uphill and downhill stretches to negotiate and there were numerous streams to cross too. Toby coped really well.

“He found some of the steep descents with loose stones tricky but particularly enjoyed the 900m ascent up to the Dunkery Beacon Cairn.

“At the final checkpoint he noticed that they were the first team through so he hit the accelerator and finished in an impressive three hours and 50 minutes.”