Georgian gem is going back to residential use 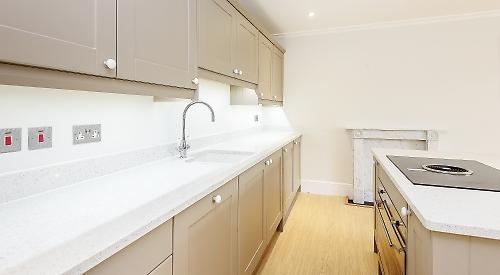 IF you head north out of Henley along Bell Street, you reach two mini-roundabouts where you can either turn left on to King’s Road, go straight on to the Fair Mile, or turn right to Marlow.

This part of Henley is known as Northfield End. Its name harkens back to days past when Henley was divided into a number of large fields, and this was the location of the North Field.

Northfield House was built here in 1812, when King George III was on the throne. It was originally the country home of Richard Ovey — a prominent London draper, or fabric merchant — and his wife Mary.

The Oveys owned much of the land around this house until it was sold to the Makower family, who in turn sold the land to make way for the Sixties town house development on King’s Road.

Northfield House was sadly underused and neglected over the following two decades until planning permission was granted for its renovation and conversion into offices in the early Nineties.

This saved the building from ruin and it continued to be used as office space until planning permission was granted last year to turn it back into a residential property.

I was given a tour of Northfield House by local property developer Paul Springett, who has led the ambitious project to convert this majestic old building from a shabby office block to an elegant apartment building.

We navigated our way around an army of tradespeople and craftsmen who were busy putting the finishing touches to all the rooms, and we made our way to apartment number five on the top floor, now on the market at £735,000 with estate agents Knight Frank.

This two-bedroom two-bathroom apartment has a spacious reception room that is divided into a kitchen/dining area and a living area with a curved sash window.

It is a very peaceful place up there on the top floor, and the view over Henley’s rooftops is wonderful. The view gets even better though, as apartment five comes with its own exclusive roof terrace — a quirky space to sit and soak up the sun on a summer’s day.

Paul is clearly proud to have been entrusted with the renovation of one of Henley’s finest Grade II* listed buildings, which had to be painstakingly restored and protected from damage to its period features.

“This is an iconic building,” he said, “there is nothing like this in the whole of Henley. We worked around what was here — with a Grade II* listing you can bring all the existing features into real life.”

For example, the tall ceilings in the entrance hall and stairwell have lovely old ornate cornices — the sections that were still there when renovations began have been preserved, and the bits that were missing have been specially re-made and replaced. Northfield House has an impressive double bow-fronted façade — a classic architectural feature from the Georgian period. It has its original sash windows, internal window shutters, fireplaces and a restored oak staircase that curls up through the centre of the house.

Apartment four is also on the top floor and, one level down, the space that was originally going to be apartments three and four has been redesigned to make one very large single dwelling.

On the ground floor the ceilings are at their highest and the rooms are massive, so apartments one and two are going to be very grand indeed. They are both duplex apartments, which means they are arranged over two floors, with the kitchens and living spaces on the ground floor and bedrooms and bathrooms below in a naturally-lit semi-basement.

The five luxury apartments are each being fitted with specialist hard flooring in the living areas, carpets in the bedrooms, underfloor heating throughout, fully fitted kitchens with granite worktops, fitted wardrobes, and Duravit and Hansgrohe fittings in the tiled bathrooms.

All of the apartments have been uniquely designed to make clever use of the building’s original shapes and features, and in some rooms the original wooden beams have been left exposed to remind you of its 200-year history.

There are formal gardens to the rear with a common area, and each apartment has its own dedicated area too. There is a spherical seating pod in the gardens — perfect for days when you want to be outside but it is too chilly to sit in the open air.

There is an intruder alarm system along with other security features and a remote-controlled gate to the parking area. The apartments also benefit from modern clean-air ventilation technology.