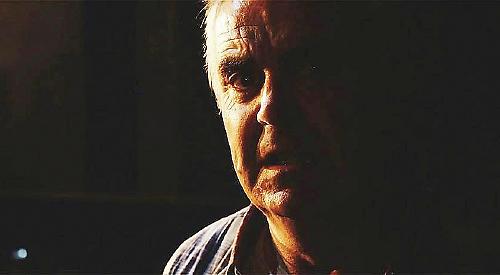 ONE of the stars of the hit BBC sitcom The Brittas Empire is bringing a one-man stage play to the Kenton Theatre next week — but fans of the TV show might have difficulty recognising him in his latest role.

The only link to his Kenton show is that Gavin’s father was said to be a retired army colonel.

Shell Shock, which is touring to the New Street theatre on Thursday (June 7), is a hard-hitting five star-reviewed play based on the 2011 novel of the same name by Kosovo and Iraq veteran Neil Watkin.

Subtitled “The Diary of Tommy Atkins”, the book opens with a quote from Kipling: “Oh, but it’s Tommy this and Tommy that, and chuck him out the brute. But it’s ‘saviour of his country’ when the guns begin to shoot.”

In real life, Watkin was diagnosed with post-traumatic stress disorder (PTSD) soon after leaving the army. As part of his treatment he was encouraged to take up creative writing through the armed forces charity Combat Stress — and so the book, published under the pen name Neil Blower, was born.

Written in the first person and highly autobiographical, Shell Shock is the comic, poignant but ultimately life-affirming tale of one ex-soldier who does not at first think he has PTSD.

“There’s nothing wrong with me — it’s the others!” Tommy says at one point in the drama, which shows him gradually learning to cope with the condition.

After serving in Iraq and Afghanistan, Tommy’s observations on the absurdities of everyday life are frequently humorous, sometimes violent but always compelling. Nothing is safe — post office queues, shopping at Ikea and a Nintendo Wii all feel the force of Tommy’s outraged frustration.

At the time of the novel’s publication, Tim Marriott was working as the director of drama at Eastbourne College, where he had been since 2000 after leaving theatre acting.

Little did he know that his engagement with the material as a playwright and director would eventually lead him to return to the stage after a 17-year absence.

The initial 2016 pilot production at Eastbourne College was developed in partnership with the Armed Forces Network and the Veterans & Families Institute, with Neil Watkin being credited as the production’s adaptation consultant.

The production then transferred to New York as a “Fringe Encore” winner before completing an extensive tour of regional theatres including “behind the wire” performances for serving personnel throughout the UK.

In March this year Shell Shock was performed on the Adelaide Fringe, where it won the Sunday Mail award for best solo show.

One of Tim’s earlier TV sitcom roles, markedly different in tone, had seen him play British airman Tigger Thompson in ’Allo ’Allo! Looking back, what was it that drew him to adapt Shell Shock?

“I think the experiences of Afghanistan and Iraq have left us with a legacy of mental health problems,” he says. “That is, men and women whose lives continue to be disrupted in all sorts of ways. The problem with the mental scars and emotional consequences of warfare is that superficially they are unseen. If you walk down the high street you won’t have a clue who might be experiencing mental anguish or is fighting to hold it together.

“When I was writing this, I was conscious that theatre can shine a light on the subject in ways that can make people think differently — maybe reflect on what has happened to some of the people we sent to fight in our armed services.

“The power of this play I think comes from using comedy — sometimes a dark comedy — which we do get from the torture of mental health problems such as extreme stress. Laughter often brushes closely with pain and that is why audiences seem to respond to Shell Shock.

“The really interesting thing is the response I get from serving soldiers. I have performed the show in army bases and it is remarkable that afterwards some of the audience will come and talk to me about their own tours overseas. It seems to open them up and in a way remove the stigma of feeling that mental pressure. Unless you have been in some situations, you probably don’t fully appreciate the impact of extreme pressure. If as a result of this play more ex-soldiers get the help they need then great, it will be worthwhile.”

Despite the underlying seriousness of the subject matter, Tim is keen to stress that the stage version of Shell Shock is anything but a dull entertainment.

“Its amazing how effective comedy can be at opening doors and minds to the issues involved,” he says. “Neil Blower’s writing is laced with humour. He is a fantastically positive chap who has been to hell and back and come out not only fighting but laughing — it is a real honour and privilege to represent him on stage.”