Prep school will be fully co-educational 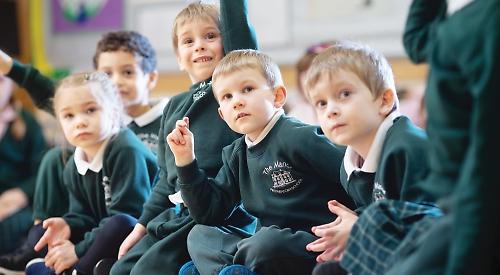 FOUNDED in 1907 and situated in Abingdon, close to Oxford and within easy reach of London by train, the Manor Preparatory School is a thriving, happy school with 390 pupils.

In January 2017 the Manor was pleased to announce that it will become co-educational from September 2018 for boys and girls aged two to 11.

The Manor has always welcomed boys aged two to seven and girls aged two to 11 but we are delighted to be accepting registrations from boys and girls in all year groups with immediate effect, to make a fully co-educational environment.

The Manor’s most recent Independent Schools Inspectorate inspection took place in April 2017. The school was delighted that the news could not have been better — every area of school life received the highest possible rating of ‘excellent’ — confirming the exceptional academic and personal development of every pupil as the school begins the transition to full co-education.

Inspectors commented that: “Pupils’ personal development is strengthened by all staff, who set excellent examples as role models to pupils.”

The school is also delighted to announce the arrival of Alastair Thomas as headmaster. Mr Thomas was previously headmaster of The Elms School, a co-educational, independent day and boarding prep school in Malvern. Alastair joins us, along with his family, after the retirement of Piers Heyworth.

The Manor offers an extensive curriculum, as well as before- and after-school care in the form of breakfast club, early birds, after-school clubs, homework club and extended day care, which means children can be cared for and educated between the hours of 7.30am and 6pm.

There is a comprehensive bus network, including a Manor minibus to Henley each school day.

The Manor has begun a comprehensive building programme and the new sports hall is nearing completion. From September this fantastic new facility will be open.

For more information please visit our website www.manorprep.org or contact Mrs Karen Copson, the school’s director of admissions and communications, on 01235 858462 — or email admissions@manorprep.org