Win 10 daytime party tickets for Chinawhite during the royal regatta 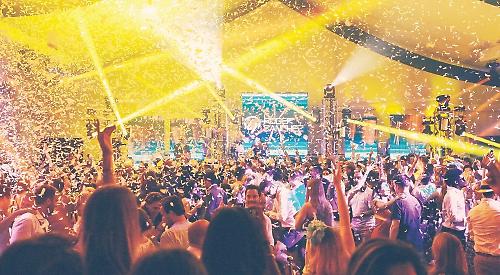 HERE’S your chance to win a daytime party for 10 people at Chinawhite during this year’s Henley Royal Regatta.

The Henley Standard has teamed up with the Copas Partnership to offer this great prize, worth £450, during the day of Friday, July 6.

Plus there’s a runners-up prize of four daytime party tickets on Saturday, July 7, worth £220.

Legendary London establishment Chinawhite is returning for the sixth year running, hosting another sensational weekend of revelry on both days.

This year’s enclosure will be bigger and better than ever, including a series of exclusive and extravagant parties during the quintessential British boating event.

Guests at the Chinawhite enclosure will find themselves moving between the outdoor riverside garden and covered party tents. You can enjoy access to five bars, gourmet street food stands, pop-up retailers and beauty salons as well as music from internationally acclaimed DJs.

Hands down the most glamorous encampment during the regatta, Chinawhite’s unrivalled position on the course and stunning panoramic views of the racing make it the ultimate setting.

All you have to do to be in with a chance of winning is answer the question below and send it, together with your name, address and daytime phone number, to: Chinawhite competition, Henley Standard, Caxton House, Station Road, Henley, RG9 1AD.

How many years has Chinawhite visited Henley?

The winner and runner-up will be the senders of the first two correct entries to be selected at random after the closing date of Friday, June 22 and will be notified by phone.

The prizes are valid only on the days stated. They are non-transferable and there is no cash alternative.

Persons connected with the Copas Partnership and the Henley Standard or Higgs Group are ineligible.

Entries received after the closing date will not be considered. The winner will be selected at random.