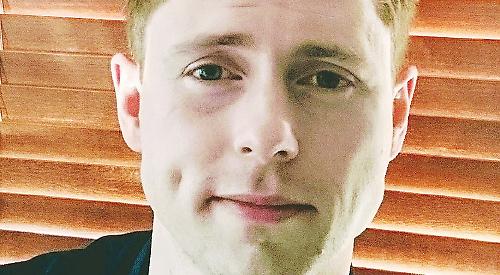 A RECENT study found that, between 2013 and 2015, almost 23 per cent of antibiotics prescribed in primary care in the UK were targeted at infections of the urinary tract. That is second only to respiratory conditions, so clearly it is something to take notice of. But what is the urinary tract?

Well, it comprises everything urine passes through once it has left the kidneys. It officially starts at the renal calyces, essentially the part of each kidney that drains urine into the small tubes known as ureters and you have one of these for each kidney.

The ureters have muscular walls that contract every now and again in waves, much like your oesophagus does when you are getting food into your stomach. This is why, when you have a kidney stone passing through, the pain comes in characteristic waves corresponding to these muscular contractions.

The ureters carry your urine straight to the bladder, which is essentially a muscular sac designed to hold urine until the body is ready to get rid of it. It is actually quite a clever organ. On the inner lining, there are wrinkles that allow it to expand enough to carry anything from 300ml — roughly the amount in a can of coke — up to 600ml. This is what made the pig bladder a common option for early footballs.

As the bladder fills, stretch receptors send signals to the brain and, once the bladder is full, the brain replies with its own signals. These signals work on two main areas. First, at the exit to the bladder, there is a sphincter muscle that is normally tight and contracted. A signal from the brain relaxes this to let urine flow out. Secondly, the brain stimulates the muscle in the wall of the bladder (the detrusor) to contract, thereby expelling the urine.

We can also consciously relax the muscles of our pelvic floor to ease this passage and also push further by using our abdominal muscles. If all is well and everything is working as it should, we tend to get rid of almost all urine in the bladder whenever we pass water. To leave any behind gives rise to the risk of infection.

From here, the urine makes its final journey through a single tube known as the urethra which, in women, is much shorter than in males, making these urinary tract infections much more common in females.

It is thought that every year around four million UK women experience symptoms of a UTI, usually lower abdominal or back pain, often coupled with urinary frequency and burning when passing urine.

Mild UTIs will resolve on their own and you can use paracetamol and ibuprofen to alleviate the symptoms. In the past, there was a belief that cranberry juice, which contains something called proanthocyanidin, inhibited bacterial growth in the urine, but studies have shown that it doesn’t have any real effect. Moderate to severe UTIs may benefit from an antibiotic but even then this tends to shorten the condition by only a day or two.

However, if you experience pain in your sides or very high temperatures you should certainly see your GP as this indicates that the infection may have extended beyond the urinary tract and into the kidneys.

Often I hear people make a distinction between cystitis and a urine infection. Essentially the two are interchangeable. Cystitis is more specifically an infection of the bladder, which is in itself a part of the urinary tract, but ultimately the treatment is no different.

There are, however, conditions that can mimic UTIs. The most common of these is called interstitial cystitis and this can lead to a lot of needless antibiotic treatment before it is diagnosed. It differs in that, rather than its symptoms being caused by an infection, it is more of a general inflammation of the walls of the urinary tract and may benefit more from anti-inflammatories such as ibuprofen or naproxen.

Infection or inflammation do not represent all that can be troublesome about our urinary tracts. Although many of these conditions will produce blood in urine, if any blood is discovered in urine that cannot be explained or is present in the absence of pain, it is always important to inform your GP. Beyond a certain age, we may want to rule out the possibility of cancer. Bladder cancer is more common in men and made up three per cent of all cancers in 2015. This may seem small but it remains something to always be vigilant about.

Urinary incontinence is a big issue. Either through embarrassment or through a belief that it is just a normal thing beyond a certain age, people tend to seek help for this less than for other things. This is a shame as it can have a real impact on a person’s life. It can be split into two main categories:

• Stress — Typically, incontinence will occur while coughing or laughing. This is mostly due to weakness in the sphincter and pelvic floor muscles and, for this, pelvic floor exercises really do help. Fluid management and ensuring you don’t hold on for too long are useful here too.

• Urge — This is characterised more by a sudden urgent desire to pass urine, often resulting in incontinence before being able to get to the toilet. Sometimes people can have an element of stress incontinence, making it even more unpleasant. Urge incontinence is due to overactivity of the detrusor muscle, which essentially keeps contracting when you don’t want it to. Bladder retraining (a long-term process where you gradually increase the period of time in between each trip to the toilet in order to train your bladder to hold more urine for longer) works in half of cases, providing you really give it a go. There are medications that we can prescribe here as well so it is worth telling your GP.

If you think about the areas that the urinary tract passes through, it is easy to see how other things can impact on the passage of urine. While a weak group of pelvic floor muscles might reduce pressure on the urethra, someone who is constipated might experience the opposite. People who are constipated will therefore often be more prone to develop urine infections or flow problems. Likewise men who have large prostates.

The prostate gland is a small gland (about the size of a walnut) that sits just behind the male urethra and produces prostate fluid that is one of the components in semen. Due to its proximity, just as with someone who is constipated, it can press on the urethra and interrupt flow. This gives rise to common symptoms in older men which include reduced flow of urine, hesitancy, dribbling and having to get up several times during the night to pass urine (something we call nocturia).

Of course, this can all be related to the normal growth of the prostate and there are various medications that may be useful in relieving these symptoms specific to the prostate. The reason we need to be vigilant is the possibility that this growth is abnormal and related to cancer. Some types will grow very slowly and may never cause problems but there are other types that are more aggressive. One in eight men will get prostate cancer in their lifetimes and it is the most common cancer in men.

If you are worried about any of the above, speak to us. Bear in mind that the blood test known as the PSA, while it picks up some cases, is not a reliable indicator of prostate cancer on its own, being prone both to false negatives and false positives, so it is always worth speaking to your GP before asking for it.

For more information, check the NHS Choices website. It’s free, so you don’t have to spend a penny!