Folkies are rocking out for the summer 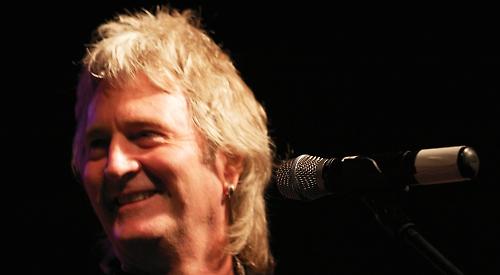 IT’S not just schools that are breaking up for summer. On Monday night (July 23), Nettlebed Folk Song Club is hosting its last concert before the holidays.

Club organiser Mike Sanderson said: “For our final show of the season, ‘Folk on the Rocks’, the lead singer of The Sweet, Pete Lincoln, plus Hugh Crabtree and the Feast of Fiddles musicians, are going to show us where Baker Street and Maggie May meet the folk scene!”

Pete Lincoln has had a guitar in his hands for most of his life, and has made much of his living as a singer and musician, both on stage and in the studio.

Touring and recording with a wide range of artists including Sir Cliff Richard, Tina Turner, Shakin’ Stevens and Sailor have taken him all over the globe from New Zealand to Greenland.

He has also performed more than 4,000 solo gigs, entertaining audiences of all shapes and sizes from large concerts to small pubs, as well as every type of wedding and party imaginable.

Pete’s human jukebox-style performances are renowned for showcasing an extensive repertoire of classic songs from the Fifties to the present day, all delivered in his own individual style — and with a sharp sense of humour!

On a more creative level, compositions include a diverse range of theme and incidental music for a range of TV shows in the UK — and even writing songs for
S Club 7 in their late Nineties heyday.

In July 2006 Pete joined Seventies glam rockers The Sweet — still going strong after all this time — and is absolutely delighted to be the “new boy” in the band.

He said: “I always loved the music of The Sweet — such a fantastic string of hit singles. They seemed to be on TV all the time when I was growing up in the Seventies and they always provided me with some new guitar riffs to learn!”

Pete’s band on Monday will be “The Usual Suspects” — aka the Feast of Fiddles back line led by Hugh Crabtree and featuring, vocals, melodeon, saxophone, guitar, bass, keyboard and drums.

As well as the Gerry Rafferty and Rod Stewart classics, there will be some Richard Thompson songs and other folk classics on the night, but musically anything could happen.

Mike Sanderson added: “We return on Monday, September 3, with the Orcadian folk quartet Fara, who will be presenting a special show to release their second album — songs and instrumental tracks to celebrate the community which inspired them to become musicians. An album rooted in the spirit of the Orkney Isles and its people, it combines the unique Orkney fiddle tradition with contemporary and original songs and tunes.”

Nettlebed village club is the venue for Monday’s concert, which starts at 8pm. Tickets are £15 in advance or £16 on the door and can be booked by calling the box office on 01628 636620 or visiting www.nettlebedfolkclub.co.uk — where a list of future dates is available.

For more on “The Usual Suspects”, visit the band at www.feastoffiddles.co.uk