I’ve warned you about smoking... 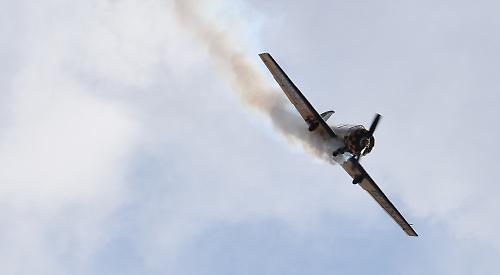 Sir, — We were treated to an aerobatic display put on by RAF Benson, much of which was clearly visible from our back garden.

I am indebted to the pilot who on one of the aerobatic stunts flew over and I was able to capture this photograph.

A thought which passed through my mind was about the conversation which might have taken place between the control tower and the pilot.

Could it have been on the lines of:- “Ground control to Major Tom, put that cigarette out, you know the rules. No smoking or fags are allowed on board.” — Yours faithfully,