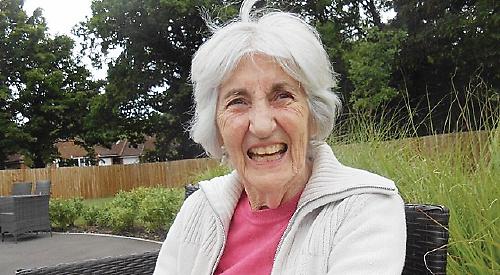 KATHLEEN Mary Branch passed away peacefully on July 21 at the Abbeyfield dementia care home in Winnersh from cancer. She was 83.

She had been a district nursing sister and midwife who had a lifelong passion for classical music.

She was wife to the late author and lecturer Alan Edward Branch, a wonderful caring mother to two children, David and Anna, and grandmother to two grandchildren, Benjamin and Paola.

She is survived by her ever-loving elder brother John and his wife Barbara.

Kathleen was born in Brentwood, Essex, to Swiss-born Anna Alice Buhler and Frederick Debenham on May 26, 1935 and had two elder brothers, John and David.

Her mother was keen that she should play an instrument at an early age. Kathleen began playing the cello at the age of four and when she was 12 performed for the armed forces immediately after the Second World War.

The cello and a love of music accompanied Kathleen throughout her life. She was a dedicated member of the Henley Symphony Orchestra for many years, from its early days in the Seventies.

She took part in concerts at the old Henley Regal Cinema in Bell Street and in the first concert by the orchestra in Henley’s French twin town, Falaise.

Kathleen also derived great enjoyment from playing, until recently, with the Langtree Sinfonia under music director Paul Cox for more than 20 years.

Her love of playing the cello extended to forming a quartet with several of her closest friends which lasted for 25 years.

Kathleen will be remembered for her enduring kindness and her
generosity.

She led a lifelong career as a midwife and district nurse.

Having begun her nursing training at King’s College London, she trained in midwifery at Simpson Memorial Hospital in Edinburgh and then worked as a midwife at St John’s Hospital in Chelmsford.

On March 5, 1960, she married Alan Branch at Christ Church in Brentwood. After the birth of their children, the family moved to Emmer Green.

Kathleen was a district nursing sister at Priory Avenue Surgery and led the nursing team to the new Hemdean Road Surgery, serving the Caversham Heights area.

She will be sorely missed by all those who knew her as she embued a caring, thoughtful character and was generous to so many people in the community through her work and her private life.

A thanksgiving service will be held in Kathleen’s memory at All Saints’ Church in Dunsden at 1.30pm on Wednesday, August 22.