Blots on the landscape win the wooden spoon 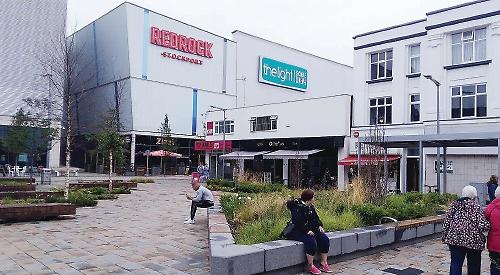 FOR the past 12 years, the architects’ magazine Building Design has been awarding the Carbuncle Cup — its annual prize for Britain’s ugliest new building.

The competition is fierce but also highly revealing of the professional trends, fads and fashions that inform the built environment that the rest of us have to live in.

Previous winners have included the so-called Walkie Talkie tower in the City of London and the MediaCity UK development in Stratford.

This year’s nominees were well up to standard, with “grotesque” and “irritating” among the choicer descriptions.

But now a winner has been announced — Redrock Stockport, a £45million leisure complex and car park designed by BDP for the local council.

The town centre development, which includes a cinema, shops, restaurants and a gym, is part of a £1billion regeneration project, but the judges described the shed-like building as a “missed opportunity” that “ridiculed” the town centre it had been intended to rescue.

The original nominator called it “one of the most horrendous architectural responses ever conceived for Greater Manchester”, while one Building Design reader labelled it an “absolute monstrosity”, adding: “I’ve seen better-looking prisons.”

Runners-up in this year’s competition included the Lewisham Gateway urban regeneration scheme in London by PRP Architects; Beckley Point student accommodation in Plymouth by Boyes Rees Architects; 20 Ambleside Avenue, London, by Pace Jefford Moore Architects; and Haydn Tower, Nine Elms Point, London, by Rolfe Judd. The two-storey extension to Liverpool’s historic Shankly Hotel also got a dishonourable mention for being out of keeping with the original.

For full details of this year’s shortlist, visit www.bdonline.co.uk