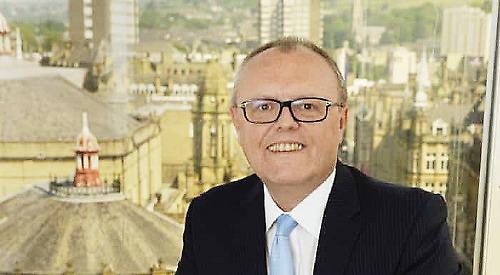 HOUSE prices in the three months to August increased by 3.7 per cent against the same period a year ago, according to the Halifax.

The lender said that on a monthly basis prices remained steady, with a small rise of 0.1 per cent in August, while in the latest quarter prices were 1.9 per cent higher than in the preceding three months (March to May 2018).

The building society also claimed that house price growth had fallen to a six-year low in August, with annual growth of two per cent, down from 2.5 per cent in July, and month on month growth down by 0.5 per cent — the biggest drop since July 2012.

The difference in the figures is accounted for by the fact that the Halifax index is based on homes bought with mortgages and excluding council house sales, shared ownership and help-to-buy schemes, while Nationwide’s is based on owner-occupier house purchase transactions involving a mortgage, with buy-to-let and cash deals not counted.

Halifax managing director Russell Galley said: “House prices picked up in August, with the annual rate of growth rising from 3.3 per cent in July to 3.7 per cent. With the average house price now £229,958 prices in the three months to August were also 1.9m per cent higher than in the previous quarter. While the pace of employment growth has recently slowed, a low unemployment rate and a gradual pick-up in wage growth are helping to support household finances. This has been accompanied by interest rates still remaining at a historically low rate and a stable, yet constrained, supply of new homes on to the market further supporting house prices.”

Ten years on from the credit crunch, the Halifax also reports that the number of first-time buyers has more than doubled since dropping to a record low of 72,700 in the first half of 2009 and is now just eight per cent lower than at the peak of the last boom in 2006 (190,900).

The growth in first-time buyers means they have increased as a proportion of all mortgage-financed house purchasers from 38 per cent in 2008 to more than half (51 per cent) in 2018.

This share has picked up since 2013 when the Help to Buy scheme was introduced, which has given 128,317 first-time buyers a step on to the ladder in this period.