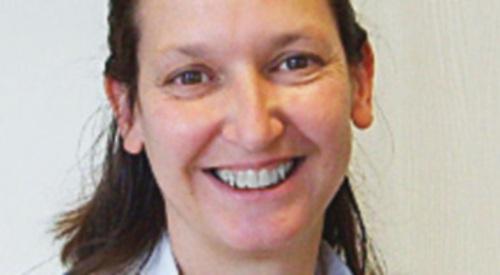 ACADEMICS at the University of York have published their report of a review of the private rental housing sector in England, writes Alison Stodolnic.

The report — titled “The Evolving Private Rented Sector: Its Contribution and Potential” — looks at the effect of housing policy on private-sector tenants over the last 10 years, along with who those tenants are and whether their needs are being met.

The report is critical of successive governments for a lack of strategy and poor and uncoordinated policy-making, and calls for the introduction of an annual Property MOT, similar to the compulsory tests carried out on cars.

The Nationwide Foundation, the charity that funded the review, said that the report’s main findings are as follows:

“Current regulation of the sector is ‘confused and contradictory’ and ‘failing at multiple levels’.

“Opportunities for linkage and simplification are being missed, with tenants and landlords unsure of their rights and responsibilities.

“Poor conditions are a problem at both ends of the market — one in five homes let at the top 20 per cent of rents are non-decent, and one in three let at the bottom 20 per cent.

“Conditions get worse the longer tenants are in their property, indicating that poor property management rather than old housing stock is the root cause.

“Changes to welfare reform are creating a ‘slum tenure’ at the bottom end of the market as more tenants are unable to afford to meet their current rent levels or find accommodation without the help of statutory or third sector agencies.

“Policy interventions — such as Build to Rent — are increasingly focused on helping higher and middle-income renters priced out of ownership, with little or no help for those on low incomes.”

Amongst its findings, the report recommends the introduction of a Property MOT — an annual standardised inspection incorporating minimum living standards with current requirements such as electrical and gas safety certificates and energy efficiency reports. The Property MOT tests would be carried out by independent inspectors and would be a tax-deductible business cost for landlords.

Julie Rugg, senior research fellow at the University of York’s Centre for Housing Policy and co-author of the report, said: “Declining home ownership and a shortage of social rented homes have led to a surge in the number of people privately renting — particularly families with young children.

“Unfortunately, in its current form the private rental market isn’t providing a suitable alternative, and in the absence of an overarching vision from any government we’ve seen reams of policies and regulations which are not joined up or thought through.

“We need to see a fundamental rethink of the role that private renting plays in our housing market and a comprehensive strategy to ensure it meets the needs of every renter.”

Meanwhile, doubts have been cast over whether government proposals to guarantee renters three-year-long tenancies will be carried through.

The idea was being considered as part of a consultation being carried out by the Ministry of Housing, Communities and Local Government and was reported to have the backing of housing minister James Brokenshire.

An announcement was expected at the end of August, but now it is being reported that the Treasury opposes the move due to fears that it would scare off investment in property development.

Unlike in Scotland, where tenants enjoy the right to stay in their homes for as long as they like, renters in England and Wales can be uprooted at short notice.