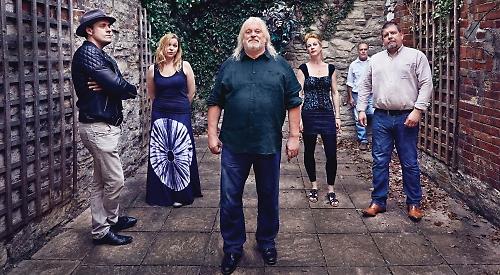 NETTLEBED Folk Club patron Phil Beer is taking his band back on the road this autumn — starting with a concert at the village club on Monday (September 24).

Folk club organiser Mike Sanderson said: “Described by the Guardian as ‘where Steve Earle and Richard Thompson collide’, an evening with the Phil Beer Band is fast, frenetic, feel-good and leavened with a good helping of humour.”

It was a loose federation consisting of Phil Beer (of Show of Hands fame), Nick Quarmby and Steve Crickett, all of whom lived close to each other, and melodeon player Gareth Turner from Northamptonshire.

There was a need in the community for a band to play local events and ceilidhs and, following in the tradition set by the Albion Band — of which both Gareth and Phil were former members — the band always interspersed the dances with the odd song.

Mr Sanderson added: “Basically, over a long period of time, it has evolved into a folk’n’roll band with country rock overtones. It is the vehicle for Phil to return to the electric guitar and to have a good time with his mates.”