Bestselling author is on a mission to tell women’s stories 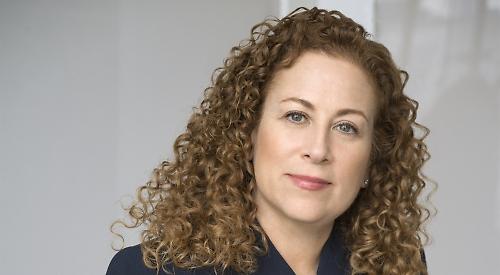 THE bestselling author Jodi Picoult describes her career to date as a “frenetic journey”.

And when you consider that she has published 25 novels, some of which have been made into films, and has even written for musical theatre, you can’t dispute it.

And yet on Sunday, in the blustery marquee of Hurley House Hotel — amidst car park chaos — she appeared to be calm, composed and very relaxed, despite her busy high-speed career.

Picoult, who was speaking at a post-Henley Literary Festival event, is a writer who pushes boundaries, who challenges the reader to think about moral topics we might otherwise shy away from — and that is exactly what she did on Sunday.

She was funny and friendly, putting us all at ease, and yet almost immediately, after a brief reading, she hit us with statistics, unsettling facts, and the disturbing reality of what life is like for women in modern day America who seek out abortions.

For Picoult, research is vital to her writing and she described at great length the efforts she makes to ensure authenticity.

In her new book, A Spark of Light, which each member of the audience received a copy of, she looks at the issue of abortion.

She did not hide the fact she is pro-choice but in researching her novel she interviewed both pro-life and pro-choice campaigners equally and with understanding.

And, as a successful writer, she uses her position of privilege to “start a conversation” and explore a “political landscape.”

Picoult learns the facts and then brings them to life in a character and in doing so, educates through fiction.

Picoult said it is like an equation: writer + reader = a challenge to beliefs.

These ideas are central to her fiction, which has covered a wide range of moral issues, including stem cell research, gay rights and the Holocaust, to name just a few.

In her current book, she looks at the rights of women. “Women matter,” she tells her predominantly female audience.

In a patriarchal society, now more than ever, women need to tell their stories and find their voice.

Picoult is very certain of her voice and the role she has to equally educate and entertain. She is disciplined, witty and strong.

During the course of her recent book tour of America, she received both praise and death threats.

She told us anecdotes of horrible emails, personal insults and laughed, especially when recalling how a man emailed her insulting her curls.

The audience laughed too. We felt safe and in good hands. And she told us, almost confidentially, that women have started to whisper their stories to her, telling her about their own, private struggles.

And surely, this is the main point of the ethical fiction genre she pioneers.

“When women don’t tell their stories, narratives are written for us,” says Picoult.

We all need to “stop, think and listen”. And we certainly did on Sunday, secure in the knowledge, that a very capable and inspiring writer is out there, telling the stories which need to be told and standing up for all of us.