Do get tested, says McGee after breast cancer scare 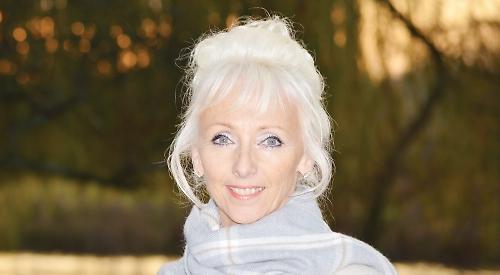 DEBBIE McGEE has urged men and women to have regular check-ups after she was diagnosed with early stage breast cancer.

The radio presenter from Wargrave had two small tumours removed from her left breast after they were discovered during a routine mammogram.

Debbie, 60, admitted that when doctors told her of the discovery in October her first thoughts went to her late husband, magician Paul Daniels, who died of a brain tumour in 2016, aged 77.

Speaking to Andrew Peach on BBC Radio Berkshire on Wednesday, she said: “The day I found out I was sitting in a waiting room with other women who were obviously in the same position.

“I had tears rolling down my face because I just kept thinking, ‘I haven’t got Paul there to ring’.”

Debbie was told she did not need a mastectomy but still feared the prospect of scarring from the surgery.

She said: “When I went in for my operation I was really, really scared about it and having a deformed boob but if I’m honest it was total vanity.”

Her procedure was successful and, because the tumours were caught early, the amount of discomfort has been minimal.

Debbie said: “I was very lucky because they thought the main one [tumour] was the size of a 10p piece. My surgeon told me afterwards that after she went in, it was actually just the size of the end of her finger.

“ I am so lucky that I won’t need any reconstruction or anything.

“When I took my first big dressings off a week ago I couldn’t even see where she had cut. It is that minute.”

Debbie said she has had regular check-ups, including smear tests, from a young age and has attended NHS check-ups as well as private ones.

She had her first mammogram on the NHS in a “caravan” in a car park in Twyford 12 years ago.

Debbie recalled: “I went along and I remember that I was early and they said I could go in because the two people in front of me hadn’t turned up.

“I have never forgotten that because now I just think I wonder if those two people were lucky.”

She said that while a mammogram can be painful it is over in seconds and is worth it. Debbie said: “What I keep saying to everybody is going to the dentist is 100 times worse.

“It lasts seconds, literally, it’s like someone pinching you and then it’s gone. It is painful for literally four seconds maximum.”

Debbie said that while it was important to look for the signs of breast cancer, such as lumps or itchy nipples, she had neither of those.

“There was nothing to find by feeling,” she said. “With the mammogram, they were able to check my previous one so they could see a difference because it was so minute.”

Debbie insisted people shouldn’t be embarrassed to get tested.

She said: “They are medical people, it is a job — they get on with it to save your life. The earlier you get it, like with me, the minimal disruption to your life and body.

“Men also get breast cancer so get checked or get your girlfriend or your wife to.

“Forty thousand women still die of breast cancer every year but there is quite a few men as well.”