Singers are ready to do justice to the ‘Messiah’ 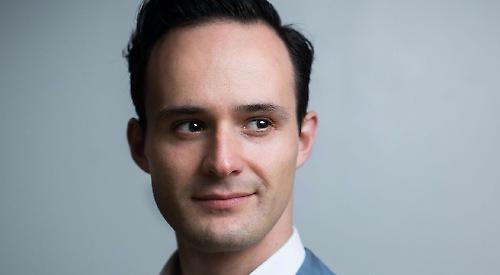 HENLEY Choral Society’s singers are gearing up to perform Handel’s monumental Messiah tomorrow night (Saturday) — with a little help from their friends.

Composed in just 24 days, the work was first performed in Dublin in 1742 and has since become one of the best known English oratorios — the German-born Handel having become a naturalised British subject 15 years before.

It was the composer’s third collaboration with the librettist Charles Jennens and tells the story of Jesus Christ’s birth, life, death, resurrection and final victory over sin, largely through the lens of the Old Testament.

Handel, who had lived in England since 1712, had established his reputation through his composition of Italian operas, later turning to the oratorio form in response to changes in public taste.

While Messiah’s structure resembles that of opera, the narrative is not presented in dramatic form — there are no impersonations of characters and no direct speech.

He said: “I hope that when people hear this concert they experience the raw emotion of the piece. Handel is thought to have said, on being asked about the composition of Messiah, ‘I did think I did see all Heaven before me and the great God Himself.’

“Perhaps he felt it was divine inspiration that enabled him to compose one of the best-loved works of the choral repertoire in just over three weeks. That is certainly quick work for the composition of a three-part oratorio. But perhaps what is more remarkable is the broad scope of musical ideas and depth of emotion that he was able to access in such a short amount of time.

“Some days after the London premiere, Handel visited Lord Kinnoul, who complimented the composer on the ‘noble entertainment’. Handel is said to have remarked: ‘My Lord, I should be sorry if I only entertained them — I wished to make them better.’

“Messiah has endured in popularity because of its ability to speak to the heart of its listeners and lift the human spirit. Handel’s wish has surely come true in subsequent generations. On listening to this music, it is hard to remain unchanged.”

The venue for the concert, which starts at 7.30pm, is the Concert Hall housed inside the town hall in Blagrave Street, Reading.

A spokesman for the choral society said: “The splendid dramatic arias will be sung by soprano Vanessa Bowers, countertenor Péter Bozi, tenor Lawrence Olsworthy-Peter and baritone Thomas Humphreys, accompanied by the Die Gratia Baroque Ensemble, who use period instruments that will capture the essence of Handel’s work as it was written.

“The choral society is delighted to be joined by international soprano Vanessa Bowers. She graduated with distinction in the MA in opera performance at the Welsh College of Music and Drama, having previously studied at the Royal Academy of Music and English National Opera’s Opera Works.

“Vanessa is a passionate performer of contemporary and choral music and has given many world premieres. In 2014 she took part in the Lucerne Festival, singing Berio’s Coro under the baton of Sir Simon Rattle. She made her Wigmore Hall debut earlier this season with La Serenissima.

“Péter Bozi, a special prize winner in the second international Handel competition held in Eger, Hungary, in 2010, will perform the countertenor parts. In 2014 Péter joined the Carmelite order in Spain and became a friar but still continues singing, regularly performing across Europe.

“The tenor role will be performed by Royal Academy-trained Lawrence Olsworthy-Peter and the baritone part will be sung by critically acclaimed Thomas Humphreys.

“Thomas has performed at the Holland Park Opera and the Glyndebourne Festival Opera and will perform solos at the Barbican and Cadogan Hall with the London Philharmonic Orchestra.”

Henley Choral Society chair Susan Edwards added: “Handel’s Messiah is a glorious work that everyone should hear at least once in their life. It is a real pleasure for the choir to be performing in such a beautiful concert hall alongside experienced musicians and world class soloists. We hope the choir’s rendition of the Hallelujah chorus will trigger the tradition of standing, if you are able, which began, allegedly, when King George II stood up during the chorus at Messiah’s London debut. This is sure to be a memorable evening and not to be missed.”

Tickets are £20 for adults and £12 for under-18s, with seating unreserved. To help with transport to the venue, the society has laid on a coach that leaves from Henley railway station at 6.15pm, with return tickets priced £6. For more information and to book, visit
www.henleychoralsociety.org.uk