Enduring appeal of serpent jewellery stretches back to ancient times 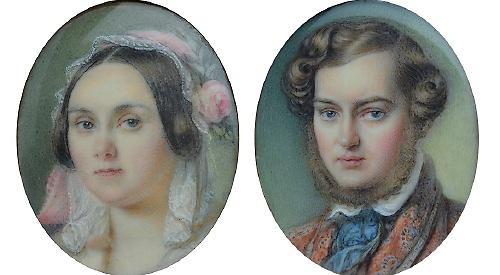 SNAKES may not be most people’s favourite creatures, but when it comes to jewellery they have an enduring appeal that goes back to ancient times.

The symbolism of the snake — or serpent — has been interpreted in different ways throughout time.

The Egyptians believed it represented royalty and deity, Hinduism saw snakes as representing passion and desire, while the Romans referred to the snake as a symbol of everlasting love. With the early Victorian era came a resurgence in the popularity of serpent jewellery, after Prince Albert proposed to Queen Victoria with a ring modelled in the image of a serpent, set with an emerald to its head.

For Victoria, the serpent was an emblem of eternal love.

Following the royal marriage on February 10, 1840, the decade of the 1840s saw a dramatic rise in the fashion for serpent rings, bracelets, brooches, necklaces both in England and abroad.

Included in Mayfair auctioneers Dix Noonan Webb’s next jewellery auction on June 18 is a beautiful example of such jewellery — a blue enamelled bangle modelled as an entwined serpent and centred with a glazed locket depicting the image of a young lady, with white lace headdress and pink roses in her hair, the locket opening to reveal a companion portrait of a young gentleman.

The bangle is engraved with the
date “Le 12 Avril 1844” —
probably this young couple’s
wedding day — and these exquisite portraits were undoubtedly commissioned in honour of the occasion. An enduring gift indeed!

• Dix Noonan Webb’s next jewellery, coins, medals and banknotes valuation day will take place at Phyllis Court on Wednesday, May 8, from 10am to 4pm. For more information, visit www.dnw.co.uk