Festival makes surplus for first time in years thanks to cuts 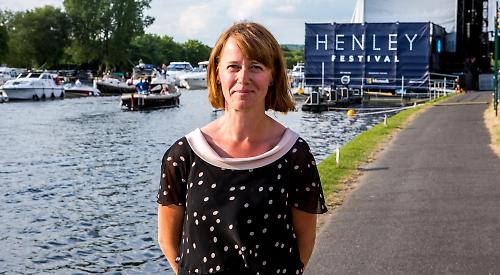 THIS year’s Henley Festival made a surplus for the first time in several years.

The 38th annual event, which took place last month, had been losing money every year since at least 2016 but organisers say the situation has improved following a three-year programme of cost-cutting.

The exact figures are yet to be confirmed but a share of the additional income will go to the Charlie Waller Memorial Trust and the Teenage Wilderness Trust, the festival’s partner charities, as well as community events that it stages.

The remainder will be invested in the festival itself, which is also a charity.

The total attendance across all five evenings was 25,138 compared with 25,400 last year.

Jo Bausor, the festival’s head of marketing, said the success of the ticket sales was down to a consistently strong line-up which attracted repeat visits.

In earlier years, the festival had more high-profile names, such as Elton John in 2016 and Lionel Richie in 2015, who had drawn attention away from the other performers.

The total attendance in 2016 was 30,000 because the capacity was higher but so were the festival’s costs, especially those of the acts. The festival has also ditched disposable plastic drinks glasses in favour of reusable ones, which was initially more expensive but is expected to save money in the long run.

Mrs Bausor said: “We’ve had to be very rigorous in keeping our costs down over the past three years but equally this year’s programme seems to have been very well received by the audience.

“By not having one single massive ‘star’ who impacted the other nights, we had a good spread across the board and we can only thank our guests for remaining loyal and keeping up attendances on more than one evening.

“If we book a ‘big’ artist, we have to recoup that cost in ticket prices and we’ve always been adamant that we don’t want to pass that on to the audience.

“We’ve cut our artistic budgets but are satisfied that it doesn’t affect the audience’s experience on site.

“Continuing the festival in the long run with its current high production values is our biggest priority and that obviously comes at a price.

“We can’t expand our capacity and don’t want to increase prices so we have to look at other options and this year I think we hit on a really successful formula.

“Most of our complaints come at around the time the line-up is announced but this year we had very few, which is fantastic as the public keeps us going and we do our best to listen to feedback.

“We’re pleased that this year was a success financially as well as artistically and it’s a testament to the massive effort made by the team. We’ve put a lot of hard work in and it has been very rewarding.”

Mrs Bausor also praised outgoing chief executive Charlotte Geeves, who was appointed in 2014 and has just stepped down to become executive director and chief executive officer of the Bristol Old Vic Theatre.

Ms Geeves introduced seating on the lawn in front of the “floating” stage as well as cheaper general admission tickets which do not include access to the grandstand or lawn.

A number of applicants have come forward for her position but are yet to be interviewed.

Mrs Bausor said: “Charlotte has had a significant impact on every area of the business.

“It’s great for her to be leaving on such a high and with the festival much better positioned for continuity and long-term growth.”