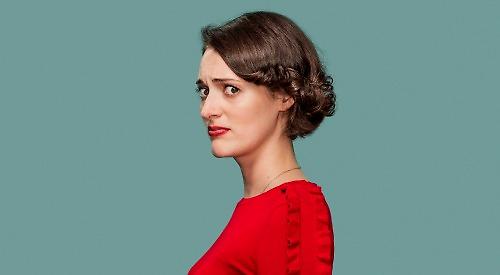 IT’S the smash-hit TV comedy of the year, but Fleabag started life as a one-woman play performed at the Edinburgh Festival Fringe in 2013, writes Matthew Wilson.

That one woman was of course Phoebe Waller-Bridge, who has revived the play for a “homecoming run” at Wyndham’s Theatre in the West End that runs until next Saturday (September 14).

This will be the last time Waller-Bridge will herself perform the piece, and tickets are unsurprisingly hard to come by.

But at 7.30pm on Thursday (September 12) there will be a chance to see the show live in cinemas — including Henley’s Regal Picturehouse, which is devoting three screens to the broadcast.

Written by Waller-Bridge and directed by Vicky Jones, Fleabag is billed as a rip-roaring look at some sort of woman living her sort of life.

Fleabag herself may appear emotionally unfiltered and oversexed, but that’s just the tip of the iceberg.

With family and friendships under strain and a guinea pig café struggling to keep afloat, Fleabag suddenly finds herself with nothing to lose.

Famed for her habit of breaking the fourth wall, at one point Fleabag tells the audience: “I sit on the loo and think about all the people I can have sex with now. I’m not obsessed with sex, I just can’t stop thinking about it.”

The play won Edinburgh’s Fringe First Award, with the TV version having since picked up a slew of awards.

But in a recent interview Waller-Bridge revealed the character’s humble origins.

“It started as a challenge from a friend to do a 10-minute slot in her stand-up storytelling night, which is where this whole idea came from of doing it sort of stand-uppy.

“I was on with a bunch of other stand-ups, actors and playwrights. I’ve never done that before — I never really wanted to do it, it’s terrifying.

“But having accepted the challenge I thought, you know, as an actress I’ve never played a part that’s just shamelessly dangerous as a woman.

“And she’s like, ‘I know I’m dangerous, I know I’m naughty, I know I’m massively broken.’ But she’s going to let it all hang out.

“I knew I wanted to play something that was in that area, and somebody who was unapologetic about desperately needing sex and affirmation.

“Also the need to keep moving. She’s moving the whole way through — she’s not going to stop because then the tragedy will land on her. I wanted that feeling.”

The friend who challenged Waller-Bridge to take part in her 2012
stand-up night was Deborah Frances-White, a comedian and writer best known for her podcast The Guilty Feminist.

She recalled: “It was a terrific show. Everyone smashed it. Then Phoebe came out and perched on the edge of her promised high stool — which I had bought especially — eyes alight as if she were about to make a hilarious prank phone call.

“Just like Phoebe, Fleabag wasn’t ashamed of the parts of herself that other women had been trained to find embarrassing — she revelled in them.

Tickets for Thursday’s screening of Fleabag are £22 with concessions £17.50. Encore screenings will take place at the same venue on September 20, September 27 and October 1.