Where have our once common native birds disappeared to? 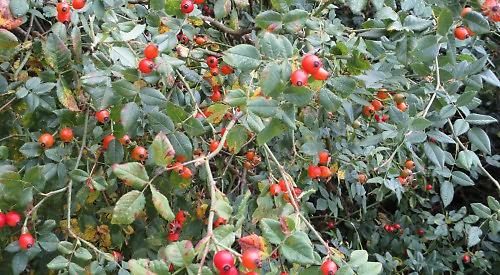 SITTING in my garden a few mornings ago, I noticed a change in some of the birds’ behaviour.

The once territorial instincts of the blackbirds had vanished, their many offspring tolerated, and even the robins seemed to have called a temporary truce between themselves. For how long I don’t know but I’ll be keeping a keen eye on all this.

All the birds seem to be in moult too.

My pair of hedge sparrows, otherwise known as dunnocks, are almost robotic in the way that they hop about and select the smaller of the seeds that I throw their way.

Larger pieces of suet are gobbled up by a pair of wood pigeons that I have named after my grandparents from Caversham, Eric and Freda. These two defend their ownership of my generosity to the hilt and will see off any other of their own species.

They often sit side by side on my gate and appear to kiss. It is rather touching. I often sit alongside them and neither seems afraid of my presence. Well, I do feed them after all.

Jays, jackdaws and magpies are rather brazen and stare me in the eye as they walk about like little modern tyrannosaurs, opportunists all.

A tiny wren makes an alarm call, strident notes from one of our smallest birds, and a tawny owl hoots in broad daylight. What have they seen or heard that I have not?

On Emmer Green pond, ducks and moorhens muddle around as usual. There is now a definite lull in avian vocal activity.

I have heard no birdsong yet, just the occasional click or clack of a blackbird, the soft cooing of the pigeons and the occasional notes of greenfinch and goldfinch.

I discussed the disappearance of some of our once most common bird species with Professor Richard Fortey after visiting his part of Lambridge Wood recently.

The chaffinch, one of our most familiar garden birds, is one that I have not seen or heard this year.

The bullfinch, the sometime sworn enemy of apple orchard keepers as it has a reputation for stripping the buds off fruit trees in spring, is one that neither of us had noticed in a long time. The male bullfinch has a glorious red breast, a black cap and tail with a white rump. The female’s breast is a dowdier shade of brown.

This gender dimorphism is apparent in the chaffinch also. Both birds are resident and we wondered where they have gone and why?

It is indeed a strange time of year. Nothing seems to be happening or is it? Most of the two broods of my robins must be skulking around in the hedges. They sport a speckled breast to protect them early on in their brief lives from being attacked by their own parents.

The bands of long-tailed tits and their cousins, the blue and great tits, also seem to have gone quiet. All three raised young this year but I have not spotted any for a while.

Other absentees are the nuthatch and the song and mistle thrushes. Are they hiding?

Chiffchaff, willow warbler and whitethroat have all headed south, as have the house martins. Some blackcaps will overwinter.

I’m already anticipating the arrival of our winter visitors. I’m sure to see fieldfare, redwing and maybe a siskin or redpoll but I’m in no hurry as I hope for an Indian summer. High up above, pairs of herring gull squawk on their travels and the odd red kite soars on the thermals.

Hazel bushes have produced a bounty of nuts this year and grey squirrels are making the most of it. My hope is that they will refrain from eating the tree bark of young saplings given the present nut bonanza.

Dog rose hips already adorn the hedgerows. There is plenty of fruit on our other native bushes.

One day last week at the break of dawn a robin sang, a sure sign of autumn. I mentioned this to mum when I visited her later and she reminded me of how back in June a fledgling robin left its nest and settled beside her on a bench. What a moment that must have been.

The trees will remain green for a while yet but colourful days are to come. We need rain but I hope that the sun keeps shining as long as possible. Lovely days.