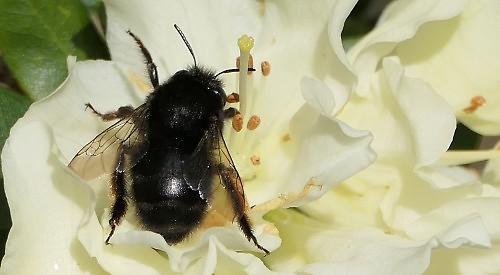 AS I look through the window of my den, or playroom, as Rosemary calls it, I can see some small maple trees blowing in the breeze that surround our small pond.

Ranging in colour from pale green to deeper natural hues and then running to pink and scarlet, they are mainly varieties of smooth Japanese maple (Acer palmatum), so named as the leaves are shaped like a tiny human hand. Some of the colouration and leaf shapes are extraordinarily beautiful.

In our garden they grow in large, traditional earthenware flowerpots as they prefer a degree of confinement rather than open ground.

Carl Thunberg, the Swedish botanist, described these small trees in his Flora Japonica, first published in 1784 after his visit to the once isolationist Japanese empire.

They are mostly confined to the islands of Honshu and Shikoku. The parent species can be found high in the mountains up to an elevation of nearly 4,000ft. Surprisingly, the trees that live at these heights are sensitive to frost.

It was only around 1830 that they were brought to Europe and created much astonishment and consternation.

Today there are legions of cultivars, thought to be around 350 in total. I’m led to believe that most Japanese garden owners have at least one example in their plots.

The flowers are small and clustered, normally red, sometimes a shade of white. They are dainty, sometimes standing proud, otherwise hanging down in languid fashion.

Stepping outside, I inspect the fine foliage on display. All these elegant trees share a likeness in stature, structure and aspect but possess widely different leaf forms. The first of our cultivars that I study is Enkan with unusual, fine, three-pronged purple leaves. Other palmatum cultivars include shaina, osakazuki and eagle’s claw.

Next up is Dissectum viridis, whose leaves form a delicate, light-green cloak. Other dissectums include crimson queen and seiryu.

Another small maple that shares the space around the pond is Acer shirasawanum aureum, another tree from Japan and named after the botanist Homi Shirasawa. Also from the islands of Honshu and Shikoku, it has stunning 11-lobed, lemon-coloured leaves.

An Acer senkaki, or coral bark maple, joins the collection.

The pond is now teeming with amphibian life and surrounded by a sturdy rockery.

Among the many flowers that grow in the spaces between the stones is a collection of tulips.

Currently in flower, they are not cultivated varieties but simple, wild and beautiful specimens, native to modern-day Turkey.

One of my favourites is the yellow-flowered wild tulip (Tulipa sylvestris), an introduced but naturalised species in the UK.

As the garden has not been subject to any herbicide or insecticide, our mainly native flowering plants support a panoply of insects. An extraordinary range of bumblebees can be seen careering about, seemingly disorientated but ultimately always finding their target.

The most common is Bombus terrestris with its wonderful orange, fluffy bands.

Another is a bit of an enigma. Black from tip to toe, it seems obsessed with one of our small white flowering rhododendrons. I cannot identify the species but ask an eminent naturalist friend to see if he has any idea.

He informs me that a similar looking bee had been reported at Aston Potteries in West Oxfordshire a few years ago. it appears to be a form of Bombus ruderatus. I am intrigued. Up close it is a beauty.

Bee flies are everywhere. A member of Bombyliidae family, they have a prominent proboscis and are quite charming as they shoot about soundlessly performing their duty.

If there is anything missing from the garden then it has to be a hedgehog. According to Rosemary, these lovely little animals were once present. She suspects that badgers may have devoured them.

There is, of course, some debate on this subject and I’m in no position to say one way or the other. I simply don’t know. One thing is for sure: we have foxes. Their ammonia-like marking scent is tell-tale. With any luck they will eradicate the rats that I so despise.

Meanwhile, our cat Cilla is staring purposely into the pond and looking for a new toy to play with. We call them frogs.

Rosemary spots a damselfly (Sympecma fusca), another first of the year. The insect may be not the most attractive in colour as it is a somewhat dull-brown but welcome nonetheless.

I hear a deep throaty croak. A raven is perched in one of our farthest and tallest trees in the deepest part of the back garden. The largest crow of all, it croaks once more and takes off with style.

A collared dove perches in our Robinia 20ft away but is apparently unperturbed by my presence. A pair of wood pigeons seem to kiss on a neighbouring branch. All is peaceful.

A magpie drops down to the ground and helps itself to Cilla’s food. She’s feet away, glances back at the cheeky bird but can’t be bothered and simply continues to wash her paws. Cats will be cats.

A short while later a pair of mallard ducks launch into the sky only a short way away.

I have surprised them as I have emerged from deep foliage. They were obviously sizing up the area around our pond for a nesting site.

A carrion crow arrives with a stale piece of bread in its beak and plonks it in our cat’s exterior water bowl. It then proceeds to jump up and down on its prized slice. Once the job is done it eats the now soaked bread. Clever or what?

It gets better. Rosemary disposes of some leftover spaghetti on our back garden terrace. We watch. Mr Crow drops down, carefully cuts the discarded pasta into manageable portions, lines them up in a distinct arrangement and, with a sublime sweep of beak, gathers the food and is away. I’m stunned at such planning, problem- solving, intelligence and forethought.

Outside, the roadside verges are being scalped by Reading Borough Council’s operatives. I suppose that this is “essential” work. I find it abhorrent, as do the local bees. Stupid and completely unnecessary.

Gazing up at the deep blue sky, I jump for joy as I see my first pair of swifts of the year. In flight their twists, turns and speed are incredible. They move with such grace and natural ability that put aeronautically-skilled red kites to shame. I love to hear their screeches. They seem to proclaim the sheer joy of life on the wing.

If only I could fly.